The shelter home is run by a NGO manged by Brajesh Thakur, who is in jail in the case. 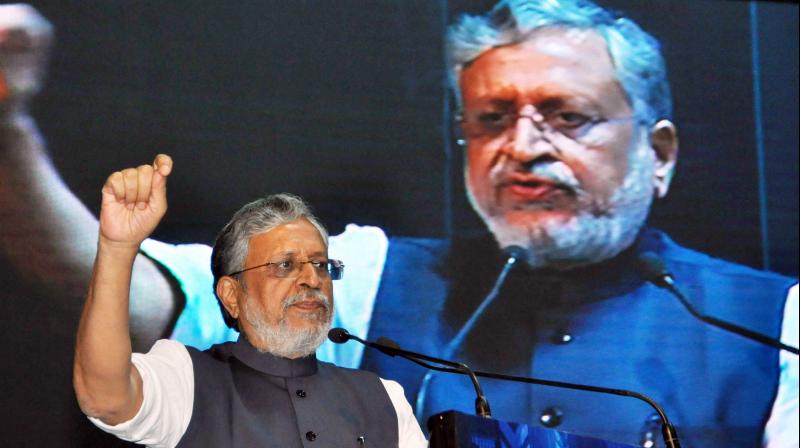 Kolkata: Deputy chief minister of Bihar Sushil Kumar Modi said on Thursday that the CBI which had been asked to probe the Muzzafarpur sex abuse case of minors was free to take any action against the persons involved and asserted that no offender will be protected.

The Bihar government had asked for a CBI probe into the sexual abuse of minor girls in a state-run shelter home of Muzzafarpur and also called for the monitoring of the investigations by the Patna high court, Modi told reporters here.

“The CBI is free to take action. No offender will be protected,” he said.

The opposition RJD,Congress and HAM have been attacking the Nitish Kumar government over the Muzaffarpur incident for financing the dubious NGO and also providing advertisement to newspapers run by the key accused Brajesh Thakur.

Name of the husband of the state social welfare minister Manju Verma has also come in the case prompting the opposition RJD and Congress to seek her resignation.

Mr Modi said it was neither the Opposition nor the media which had exposed the Muzzafarpur shelter home incident where more than 30 minors were subject to sexual harassment as per the medical reports.

The shelter home is run by a NGO manged by Brajesh Thakur, who is in jail in the case.

“It was an audit by the Tata Institute of Social Sciences (TISS) engaged by the Bihar government which exposed the fact and then it came to light”, Mr Modi said.

He said that out of 11 accused, ten of them, including Thakur, have been arrested.