India’s biggest indirect tax reform, the Goods and Services Tax regime, is set to be rolled out from July 1. 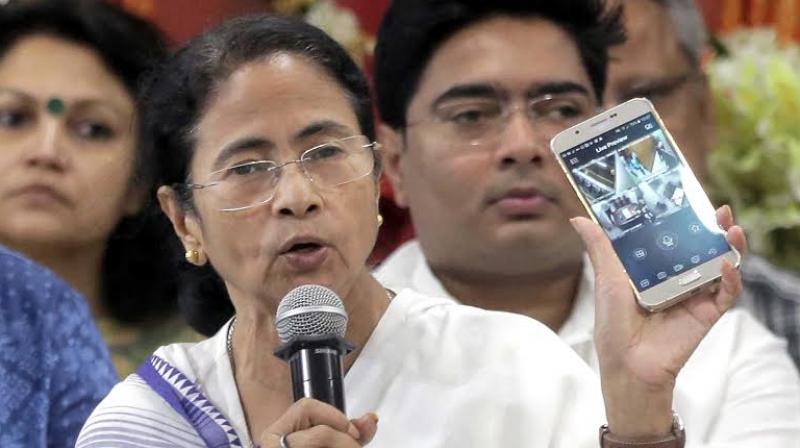 Kolkata: Chief minister Mamata Banerjee said on Friday that Bengal does not support GST in its current form.

“We are not accepting GST in its present format as it does not support the unorganised sector,” Ms Banerjee said, adding that state finance minister Amit Mitra had already taken up the matter with the Centre.

Taking the cue from a small-scale businessman who claimed that the unorganised sector and small-scale industries were in the dark about GST at the administrative review meeting at Pailan in South 24 Parganas, the chief minister said, “Amit Mitra is very much annoyed with the Centre, as is our chief secretary. We are writing a strong letter to the Union finance minister voicing our objections in this regard. We will urge him to push back the date of GST roll out.”

India’s biggest indirect tax reform, the Goods and Services Tax regime, is set to be rolled out from July 1. Ms Banerjee had threatened on Thursday that Mr Mitra would resign as chairperson of the empowered committee on GST if it continued to “ignore” him.

“The Centre is not listening to us. They are taking unilateral decisions. We know that the unorganised sector and the small scale industry here would face a lot of problems,” Ms Banerjee alleged.

Mr Mitra had addressed a press conference on Wednesday and claimed that certain things still need to be sorted out. “The state charges two per cent tax for vernacular films which would rise under GST. This would impede cultural activities in the state and discourage artistes. I have called up the finance ministers of states that charge zero entertainment tax for vernacular films to protest at the GST council.

The fight (with the Centre) is still on,” Mr Mitra had said, mentioning that items such as foodgrains, vegetables, leather goods, footwear, cottage cheese, puffed and flattened rice, books and entertainment tax, among several others, should be in the zero-tax bracket.