CPM organised its first public rally at Lahoti since Bhangar was rocked by violence over the setting up of a power grid substation. 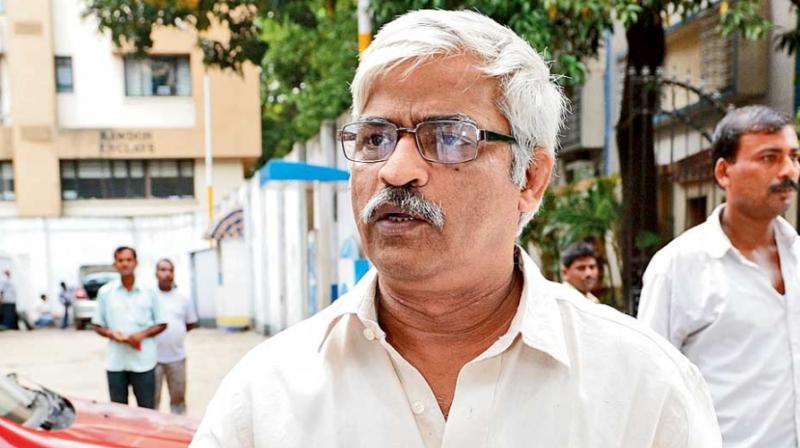 Kolkata: Left Front legislative party leader Sujan Chakraborty on Thursday said that chief minister Mamata Banerjee, who had earlier tweeted that contentious power grid substation in Bhangar would be relocated, should announce her government’s decision by visiting the site.

The CPM on Thursday organised its first public rally at Lahoti since Bhangar was rocked by violence over the setting up of a power grid substation. The violence left two villagers dead.

The police had not given the permission to hold the rally. “Buddhadeb Bhattacharjee had visited Nandigram and had announced that Left Front government would not acquire land for the proposed chemical hub. Now, we demand that Mamata Banerjee, who had tweeted that power project would be relocated, should come to Bhangar and make this announcement,” Mr Chakraborty added. The CPM leader said Bhangar witnessed protests because of the state’s misgovernance.

“The people of Bengal are angry with the government and the police is bearing the brunt. Officers are crying in police stations,” he claimed.

Mr Chakraborty pointed out that the controversial power grid was originally planned to be set up at Rajarhat-New Town. “It was the powerful land mafia, which was instrumental in shifting the project’s venue from Rajarhat to Bhangar,” he said.

The CPM also demanded that the administration withdraw ‘false cases’ and release villagers and activists who were arrested in the agitation.

Opposition CPM and Congress leaders like Adhir Chowdhury and Abdul Mannan have visited Bhangar more than once since the protest broke out, resulting in local residents clashing with police.

Last week, Bidhannagar mayor and TMC MLA from Rajarhat-New Town, Sabyasachi Dutta triggered a public fury when he took out a ‘peace procession’ with the help of ‘outsiders’ after removing road blockades.

In a bid to regain its lost turf, the Trinamul Congress leaders — housing minister and Kolkata mayor Sovan Chatterjee and panchayat minister Subrata Mukherjee — have decided to address a rally there on February 18.