Centre pays only 20 per cent of crop insurance to farmers: Mamata Banerjee

The state would henceforth pay the entire amount, she said addressing an administrative meeting here. 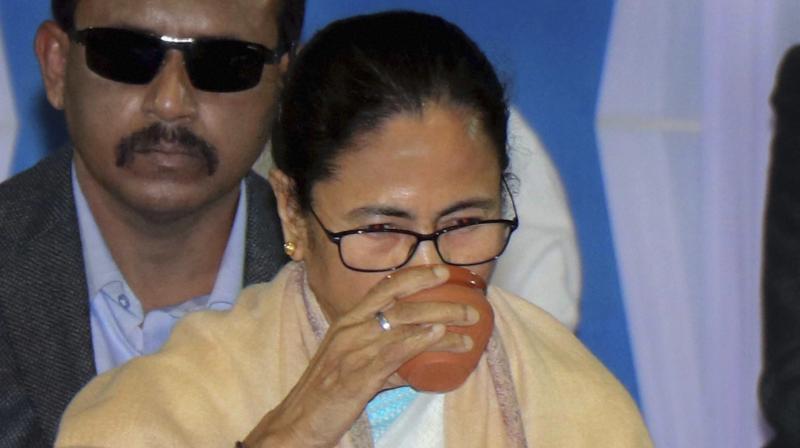 Bolpur: West Bengal chief minister Mamata Banerjee said on Wednesday that her government won’t allow the BJP-led Centre to tag its name with crop insurance for farmers in the state, by bearing only 20 per cent of the cost.

The state would henceforth pay the entire amount, she said addressing an administrative meeting here. Ms Banerjee said as of now 49 per cent of farmers in West Bengal are covered under crop insurance and the rest will be brought under its purview soon.

“West Bengal pays the major portion of the premium and the Centre uses its name. This cannot go on, we will pay the entire amount henceforth,” the chief minister said.

She reiterated her last week’s announcement of paying Rs 2 lakh under “Krishi Krishak Bandhu” scheme to the next of kin of a farmer, aged between 18-60 years in case of his death. “We have 72 lakh farmer families in the state — the highest in India as West Bengal has smaller land holdings. We are devising a mechanism by which a farmer’s family will get the money 15 days after his death,” the chief minister said.

“We have already waived agricultural tax and abolished mutation system for farmers,” she said, adding these measures will lead to the state incurring cost of thousands of crores of rupees but “this is important as it concerns the well-being of our farmers, the backbone of our state”.

The chief minister said since Birbhum is a drought-prone district, there should be special thrust on ‘Jal Dharo Jal Bharo’ — a rainwater harvesting scheme of the state government. “Please give special thrust to this scheme, especially in drought-prone areas. I also suggest sinking of deep tubewells in certain pockets which should be implemented by February,” she told senior district officials present.

Ms Banerjee also called for giving emphasis on poultry farming in the district.