Sudip Bandyopadhyay was arrested by the CBI in the Rose Valley chit fund scam. 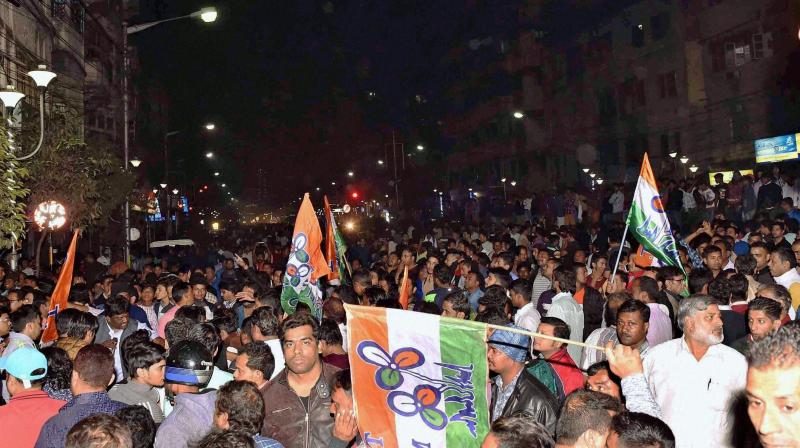 Sinha said five to six cars belonging to the party were damaged and Modi's effigies set alight, he said. "More than 10-15 workers of our party received severe injuries. Stones were hurled at cars parked outside. Is this democracy? A person who has looted public money has been arrested. So why are they protesting against our party office?" he said.

Sinha was present inside the party office during the attack.

Traffic in the area was thrown into disarray because of the protest.

Incidentally, the BJP office is situated in central Kolkata which is part of Sudip's Lok Sabha constituency.

"Yes, we are protesting against the BJP because of the vendetta politics that they have pursued against our party. We are here to teach them a lesson," a senior TMCP leader of central Kolkata said.

"We have cordoned off the area. A few people have received injuries," a police official said.

Furious over the attack on BJP party office, BJP national secretary Siddharth Nath Singh alleged law and order in West Bengal had "completely broken down" and the police were acting as "cadres" of the ruling TMC.

"So many of our activists have been injured and police is just a mute spectator. This only shows that the police is acting as cadres of the ruling TMC," Singh said.