No suicide note was found at the house. 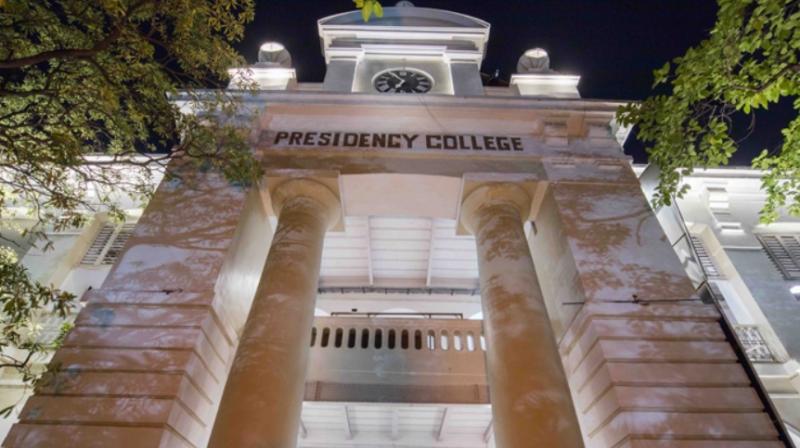 Presidency University student Swapravo Bhakta used to stay with his mother after his parents got separated a couple of years ago. (Photo: www.presiuniv.ac.in)

Barasat: A student of Kolkata's Presidency University was found hanging from the ceiling fan of his room in Barasat, West Bengal, the police said on Friday.

Swapravo Bhakta, 21, used to stay with his mother after his parents got separated a couple of years ago.

On Wednesday, when his mother went to look for him, she found that his room's door was locked from inside.

She immediately called her neighbours and then informed the police.

The police rushed to the spot, broke open the door and found the student hanging from the ceiling fan.

No suicide note was found at the house.

The police said they are waiting for the post-mortem examination report to ascertain the cause of death.