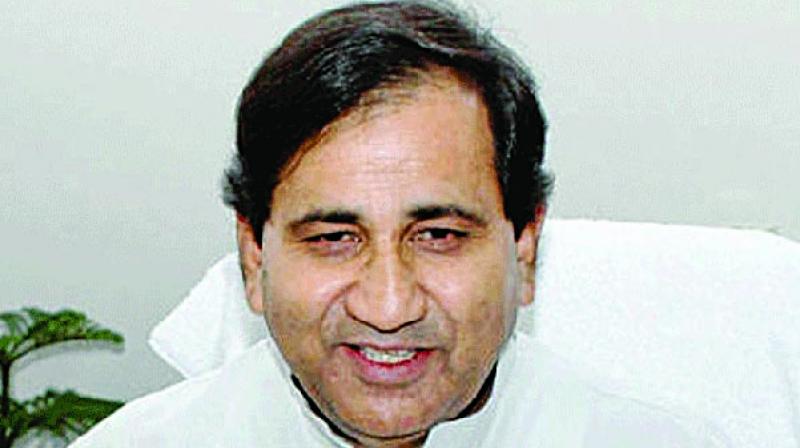 Berhampore: All India Congress Committe general secretary Shakil Ahmed on Saturday endorsed state Congress president Adhir Choudhury's anti-Trinamul Congress stand. At a press conference at Berhampore Congress office in Murshidabad he informed that he was in the district to uphold Congress president Rahul Ghandhi's stand against Rafale aircraft scam stand though out  the state.

However Mr Ahmed made it clear that the Congress high command would support the stand of the state Congress leadership with an eye on the Lok Sabha Elections. Along with him was present Mr Choudhury, Mursidabad district Congress president Abu Hena and others.

Asked whether the Congress would forge an alliance with chief minister Mamata Banerjee's party to oust the BJP from the Centre or not Mr Ahmed pushed the ball in Mr Choudhury's court. He hinted, “The AICC will not put pressure on the state Congress leaders headed by Mr Choudhury to form an alliance with the Trinamul. The Bengal Congress leadership will decide about it after discussing it.”

According to political observers, Mr Ahmed did not want to displease the Congress MP of Berhmapore at his home turf although the decision whether the Congress will form alliance with the Trinamul will be taken by Mr Gandhi.

Mr Choudhury's anti-Mamata stand is no secret. But recently Malda district Congress president Mousam Benazir Nur earned his displeasure by supporting the Trinamul in forming panchayat board to resist the BJP.

As a result a division in the Congress is evident. Mr Ahmed added that on Mr Gandhi's directive he met the state congress leadership at Jharkhand before visiting Murshidabad. He is also likely to meet the Congress leaders of North Bengal.