Tamang had tried to bring alleged corruption among the GJM top brass to the fore, said the CBI counsel. 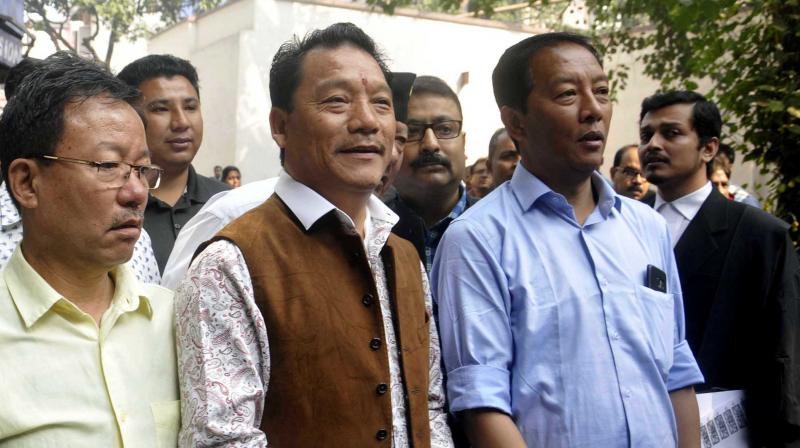 Kolkata: The CBI on Tuesday sought framing of charges for murder and criminal conspiracy against 46 accused, including Gorkha Janmukti Morcha chief Bimal Gurung, in the All India Gorkha League leader Madan Tamang's killing in Darjeeling.

During a hearing in the city sessions court, CBI counsel Arun Bhagat prayed for framing of charges against the accused, among whom are the top brass of GJM, including Bimal Gurung, wife Asha, Roshan Giri, Col (retd) Ramesh Alley, former MLA Harka Bahadur Chetri, Binay Tamang and Rabin Subba.

The CBI counsel submitted before Kundan Kumar Kumai, chief judge of city sessions court, that Madan Tamang, who had decided to hold a public meeting at Chowkbazar in the heart of Darjeeling town in May 2010, was forced to reschedule it a number of times owing to Opposition by GJM.

Claiming that the GJM leadership had decided not to allow any other party to hold a political rally in the Hills, Mr Bhagat submitted that it was particularly opposed to AIGL as its leader Tamang was attempting to bring to the fore alleged corruption among the GJM top brass.

Tamang had decided to hold the meeting on May 10, 2010 at Clubside near the Mall and on the fateful day, when he was overseeing preparations for the rally, about 200 GJM activists armed with deadly weapons attacked him, Mr Bhagat stated. He was hit by a sharp weapon in his neck and was declared brought dead when he was taken to Darjeeling Sadar Hospital, the CBI counsel submitted.

Mr Bhagat claimed that GJM Women's wing leader Asha had threatened Tamang two days before his killing and was also seen at a place close to the spot of the crime before the incident. The CBI lawyer claimed that Bimal Gurung and some other leaders had chosen to stay in Kalimpong and other places on that day, but there was evidence of telephonic conversations that point to their involvement in the conspiracy and murder of Tamang.