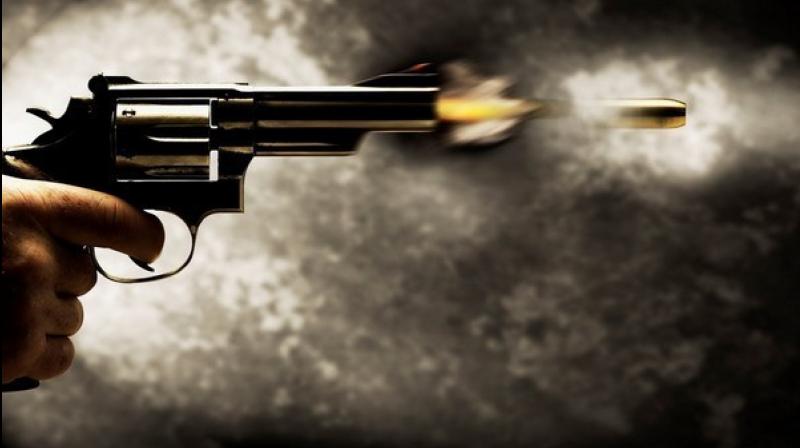 A group of TMC workers reached the site in drunk condition and shot him from pointblank range. Kabi Mahato is behind it. (Photo: Representational)

Kolkata: Yet another BJP worker was murdered in the state. This time the killing took place in Jhargram, the Jangalmahal district which has turned into a stronghold for the saffron party. The victim, Khagapti Mahato (20), was a resident of Baghua village at Jamboni block.

He went to a religious  event late on Saturday night. At around 1 am when Khagapati was engrossed in music, three miscreants opened fire on him. With bullet injuries on the chest, he slumped on the road as his assailants Shantanu Mahato, Kabi Mahato and Bhanu Mahato walked away.

All of them are local residents and backed by the Trinamul Congress, Khagapati’s father alleged.

He said, “My son was attending a Harinaam chanting program. A group of TMC workers reached the site in drunk condition and shot him from pointblank range. Kabi Mahato is behind it.”

Khagapati was rushed to Jhargram Super-speciality Hospital from where he was shifted to Midnapore Medical College and Hospital after his condition worsened. Later, the youth was referred to SSKM Hospital, but he succumbed to his injuries on the way.

The police has sent the body for post-mortem. A case on murder charge has also been initiated. BJP Jhargram district president Sukhamoy Satpaty blamed the ruling party for the murder.

Khagapati was with the Trinamul earlier. But he distanced himself from it after the Lok Sabha election.

West Bengal has been witnessing several incidents of clashes between BJP and TMC workers. A 24-hour bandh was called by the TMC today in Churchura area over a TMC leader’s murder.

Shutters of shops and business establishments were down in several parts of the city. This comes after Dilip Ram, husband of Panchayat Pradhan and senior TMC leader Neetu Ram, was shot dead by unidentified miscreants at Bandel junction.