Paul is also accused of promoting the company and “misleading” people to deposit money in the firm. 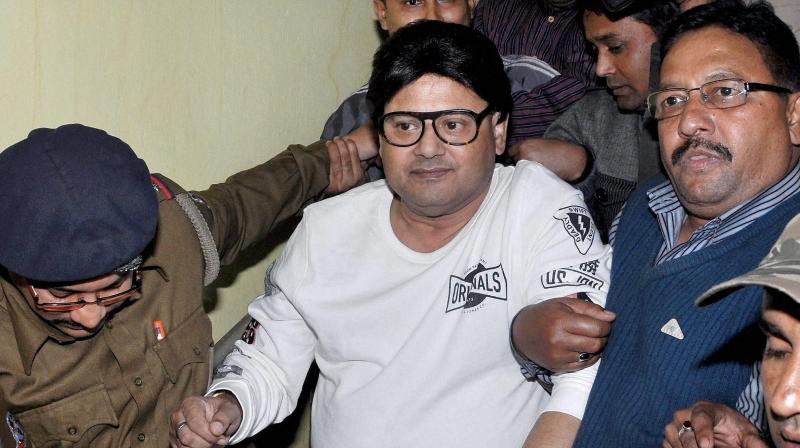 Kolkata: A special court in Bhubaneswar on Saturday rejected the bail plea of Trinamul Congress MP Tapas Paul, arrested for his alleged involvement in Rose Valley chit fund scam, and sent him to three-day CBI custody.

Paul was produced in the court of Special Chief Judicial Magistrate, CBI, P.K. Mishra. Against the plea for a five-day remand of Paul, the court allowed CBI to take him into custody for three days.

Paul is also accused of promoting the company and “misleading” people to deposit money in the firm. He was also charged with giving senior posts to his family members in the company, a senior official said.

In its chargesheet submitted in the court on January 7, the CBI had accused the ponzi firm of duping investors of Rs 17,000 crore, of which Rs 450 crore is from Odisha alone. The company was active in Odisha and had 28 branches in the state.

Paul was brought from Kolkata in the morning and taken to the CBI state headquarters. From there, he was sent to the Capital Hospital for medical examination before being produced in the court.

During the court appearance, the CBI furnished a letter that Paul had sent to the Securities and Exchange Board of India in June 2010, claiming he had purchased a land from Rose Valley and wanted to learn from the market regulator whether the compnay had a bad record.

While producing the letter, the CBI dismissed it as “bogus”, saying the MP had never purchased any such land. “He had sent this bogus letter with the objective to divert the course of investigation,” a CBI official said.