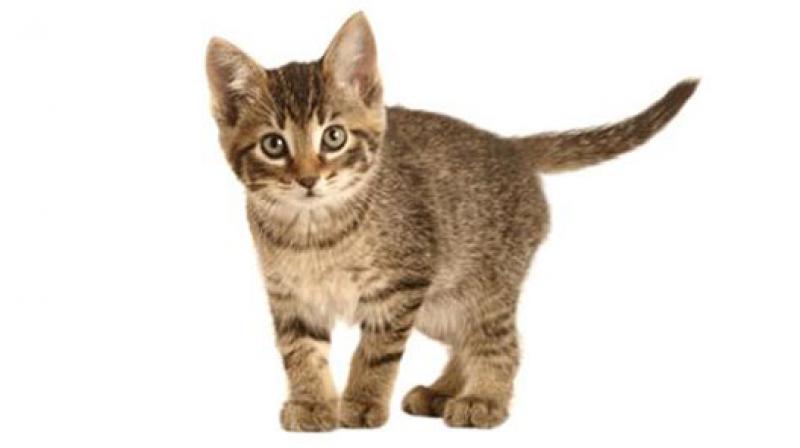 Hyderabad: Among the more onerous duties performed by the Hyderabad police since the coronavirus troubles began is cracking the case of five cats kidnapped from the Gundlapochampally area and abandoned at a rivulet in Medchal a short while later.

The kidnappers allegedly were professionals cat catchers who were paid to do this by a residential welfare society who for some completely crazy reason think cats are worth keeping while dogs are.

Police were brought into the picture by the People For Animals and a rap under Prevention of Cruelty to Animals Act has slapped on the culprits, who include some residential welfare association members who ordered the contract kidnapping.

Dattatreya Joshi of the Hyderabad chapter of People For Animals (PFA) said the city has been witnessing a lot of pet abandonment cases under the cover of the coronavirus pandemic. Under Section 11 (i) of the Prevention of Cruelty to Animals Act, 1960, abandoning an animal, even a dog, and leaving it in a situation that it suffers the pangs of starvation or thirst, is a punishable offence.

In the case of the cat kidnappings in Gundlapochampally it was the PFA that blew the whistle and swung the glare of the law upon a crime that has grown rampant since the pandemic gripped the city.

Police detectives interrogated residents in the neighbourhood and zeroed in on three professional cat catchers, led by one Mr Ashok, who for a fee carry out contract felonies at the behest of gated communities.

Police caught the contract cat kidnappers and booked a case against them at the Petbasheerabad police station on August 23. However, the culprits pleaded ignorance of the law and vowed to restore the cats to their rightful place in the gated community. In the interest of the cats, the police allowed them to come good on their promise.

However, a week later on August 29, upon verifying CCTV footage at the said gated community, police found that the cats brought back and released in the compound were not the same ones as were kidnapped. They were of an entirely different colour.

Narrating the case, Dattatreya Joshi of PFA said, "So in a span of a week the culprits committed two crimes (against cats). We have learnt that the accused have been selling kidnapped cats to cat eaters. If found guilty the accused can be imprisoned for three months and penalised under Prevention of Cruelty to Animals Act, 1960."

Joshi said the Gundlapochampally case is just a tip of the iceberg. Cat kidnappings and abandonments have increased during the coronavirus lockdown period while Greater Hyderabad Municipal Corporation (GHMC) has been distracted from its duty to cats.

Attempts to contact civic authorities on this issue proved futile as none of them were available.