The incident came to light when body of infant popped out after scavenging dogs pulled out a plastic bag from a garbage dump. 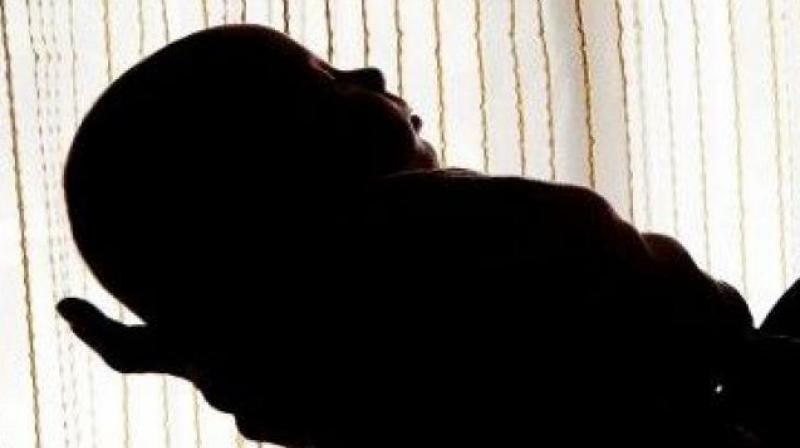 The infant was born underweight at the hospital to a tribal woman hailing from Dhamangaon in Nashik's Igatpuri taluka on September 24. (Representational Image | AFP)

Nashik: A poor family from Maharashtra's Nashik district has allegedly disposed off the body of a 2-day-old infant in a plastic bag instead of carrying out the last rites as per traditional norms, police said on Sunday.

The incident came to light on Saturday when the body of the infant popped out after scavenging dogs pulled out a plastic bag from a garbage dump near the canteen of Nashik civil hospital, police said.

They said that people who saw the incident alerted hospital staff who reached the spot and retrieved the body of the infant.

Nashik civil hospital surgeon Dr Suresh Jagdale on Sunday said that the infant was born underweight at the hospital to a tribal woman hailing from Dhamangaon in Nashik's Igatpuri taluka on September 24. Due to health complications, the child died on September 25 and following the completion of hospital formalities, the body was handed over the family, he added.

Jagdale added that the infant's mother is also in a serious condition and is still admitted in the hospital.

An official from Sarkarwada police station on Sunday said that a panchnama of the incident had been conducted and further probe was underway. He said that action would be taken against those found guilty in the incident after the probe is completed.