Ms Pathan, a student of Hutchings High School, Pune, did however expect to top her school and get 97 to 98 per cent marks. 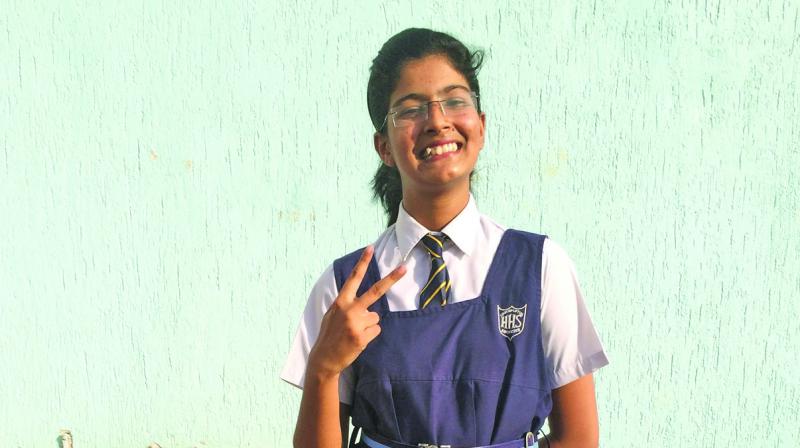 Ms Pathan, who scored 99.4 per cent and aspires to become a doctor, said that she still finds it hard to believe that she has stood first in the nation even as she visited various websites to confirm the news after it had broken.

Ms Pathan, a student of Hutchings High School, Pune, did however expect to top her school and get 97 to 98 per cent marks. But she was taken n Turn to Page 3
by surprise with her overwhelming success.

Ms Pathan said, “I was an average student and did not get a rank till Class 8. However, I got good marks and a good rank in Class 9 and then decided to work hard. Last year, a student from our school got the third national rank and that proved to be an inspiration. I decided to cross his marks.”

Ms Pathan said she studied five to six hours daily but was persistent about it. “I began studying from the beginning of class 10. I did not join any private tuition and depended only on what my teachers taught me. Chemistry, Biology and Commerce are my favourite subjects.”

Ms Pathan has scored 99 in English, 97 in Hindi, 99 in Science, 100 in Maths, 100 in Commerce, and 99 in Social Sciences. Still, she made sure not to discontinue her hobbies i.e. swimming and badminton.

She never really felt the pressure except when she did not score as per expectations in the preliminary examinations, which gave her quite a few sleepless nights. “I got 64 out of 100 marks in English and the topper had 78. Overall, my rank slipped. But I did not lose heart and continued studying,” she said.

She added, “I always wanted to serve people and I have seen many doctors in my family. I have already joined classes for the NEET examinations.”

Her father, Abdullah, a software engineer, said, “We did not put pressure on her and allowed her to study as she wished. Neither did we cut the cable connection or switch off the television. We wanted her to do her best. We too are surprised with her first national rank.”

Rita Katawati, principal of the school, says, “This is the biggest moment in the history of our school. Earlier, two students from our school could get the third national rank but Ms Pathan has taken it to the top. I will give credit to our teachers. Our teachers check mark sheets of ICSE examinations and are aware of how exams need to be written. They train students in that way.”