He was an auto driver on dialysis, and was shaken by the death of another patient in his quarantine ward 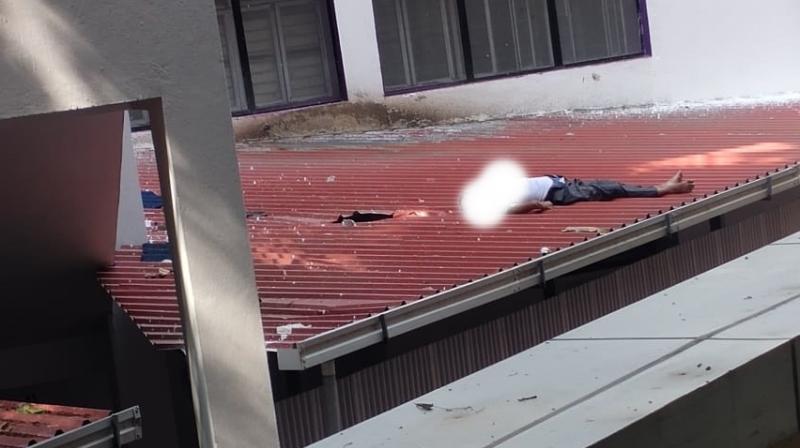 Syed Babu was put into quarantine at the Victoria Hospital in Bengaluru.

Bengaluru: Depressed over being infected with the novel corona virus, a man jumped to his death from the third floor of the trauma care centre at the Victoria Hospital in Bengaluru on Monday morning.

The man, identified as Syed Babu (50), an auto driver who lived his brother’s family at Tilaknagar locality. He tested positive for the coronavirus on April 24 and was being treated as patient number 466.

He was kept in an isolation ward. His family are quarantined in a hotel.

At breakfast time Monday morning, Syed Babu askd for a plate of idli. After staff went out to fetch it for him, the man took the emergency exit to the terrace of the building and jumped. He died on the spot.

Sources said Syed Babu had been distinctly depressed at his coronavirus status but was shaken by the death of another patient in the same ward.

Syed Babu was admitted to hospital with breathing problems. He had been suffering with a kidney-related ailment for over 10 years, and had undergone dialysis on Sunday.

DCP South Rohini Katoch Sepat said the suicide took place some time between 8.30 am and 9 am Monday. “An investigation is being conducted by the hospital. After getting their report, we will conduct our own investigation. Entry to the quarantine wards is restricted to designated doctors, nurses and paramedical staff. Police staff are deputed far away,” she said.

Sepat said she has asked to see the CCTV footage from the isolation ward and the place where the death occurred.

The V V Puram police have lodged a case of unnatural death. Sepat said the angle of negligence  will be looked at too.