12 injured in attack during Sunday Mass

Police have registered a case of rioting and attempt to murder against unidentified persons. 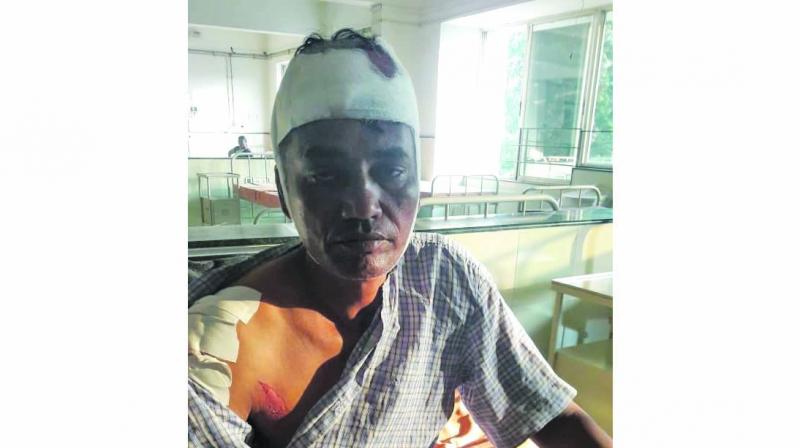 The attackers, it seems, had come from Belagavi (in Karnataka). Four teams have been sent to Karnataka to catch the accused.

Pune: At least 12 people were injured after they were attacked by a group of people during a prayer meet in Kolhapur district on Sunday, police said.

Around 20 to 25 people were attending the Sunday afternoon mass, when the incident happened. Police have registered a case of rioting and attempt to murder against unidentified persons.

The victims are still unaware of why they were targeted but are sure that their assailants were shouting slogans of Jai Bhavani Jai Shivaji.

People had gathered at the house of pastor Bhimsen Chavan in Kovad, Chandvad taluka, Kolhapur, at 10.30 am Sunday.

Around 10 to 12 people wearing masks thrashed many of them with sickles, iron rods, glass bottles and stones.

The attackers, it seems, had come from Belagavi (in Karnataka). Four teams have been sent to Karnataka to catch the accused.

S.M. Yadav, police inspector, Chandvad police station, said, “We have sent four teams to Karnataka to trace the attackers. We have started checking CCTV footage of highways to trace them. As of now, we have no idea whether they were right-wing members but they did raise slogans of Jai Bhavani Jai Shivaji as told by the victims.”

The police has invoked IPC sections: 147 for rioting, 148 for rioting with weapons, 149 for unlawful assembly to persecute crime, 452 for house trespass, 295 for defiling place of worship, and 307 for attempt to murder among others against unknown persons.

Pastor Chavan said, “I am not sure who attacked. But a few years ago, local residents had threatened me saying that I should st-op holding meet otherwise they would attack me. I had lodged a FIR immediately but that was four years ago. All of them are now associated with one of the prominent parties.”

The pastor further said, “I was also threatened by a local zilla parishad (ZP) member in a land dispute. I own 10-gunta land in the village for a few years and have all the documents. The ZP member had started claiming that it was his land and has asked me to leave the claim else he would get even with me.”

Sachin Jadhav, who had to take 10 sutures on his head at KLE Hospital, Belgaum, said, “People just began attacking us and ran away. Although I am a Hindu and have been attending prayers for many years, I am not sure why they attacked.”