Metros   In Other Cities  25 Nov 2016  Demonetisation: Rs 62 lakh in old notes dumped outside Ramakrishna Mission in Shillong
Metros, In Other Cities

The functionaries of the Ramakrishna Mission informed the authorities and handed over the cash to the Income Tax office. 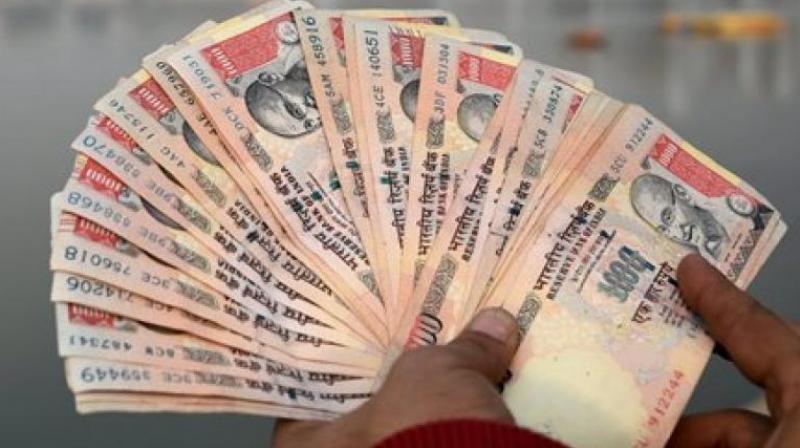 The bag contained Rs 500 and Rs 1000 currency notes, which were demonetised by the government earlier this month.

Shillong: In a visible impact of demonetisation, some unknown people dumped a bag full of cash amounting to Rs 62 lakh, in front of the donation box of Ramakrishna Mission office in Meghalaya’s Shillong city. The bag contained Rs 500 and Rs 1000 currency notes, which were demonetised by the government earlier this month.

The functionaries of the Ramakrishna Mission informed the authorities and handed over the cash to the Income Tax office.

Confirming the recovery of money, Superintendent of Police, East Khasi Hills, MH Kharkrang, said, “The investigation wing of the Directorate of Income Tax is looking into the matter. Since there are no CCTV cameras installed, it would be difficult to trace who abandoned the cash.”

Meanwhile, sources also claimed that police and IT sleuths have intercepted old currency worth Rs 70 crore which was being taken for exchange or deposit in banks in the northeastern states from Guwahati.

Sources said the coal traders have stashed huge cash in the tribal areas of the state. There has been an abnormal growth of cash deposits in accounts of tribal people after the government announced demonetisation move on November 8. All such accounts have been under surveillance.

Private coal mine owners being habitual of keeping cash at home, sources said that they had input on many local traders contacting bank officials to exchange old currencies of 1000 and 500 denomination, wherein they offer a huge cut to the bank employees for the exchange of old notes.

Informing that account holders would be asked to explain the source of the money, sources said that IT sleuths have started collecting the details of deposits after November 8 in northeastern states.