He further alleged that Prime Minister Narendra Modi has turned the nation into a banana republic. 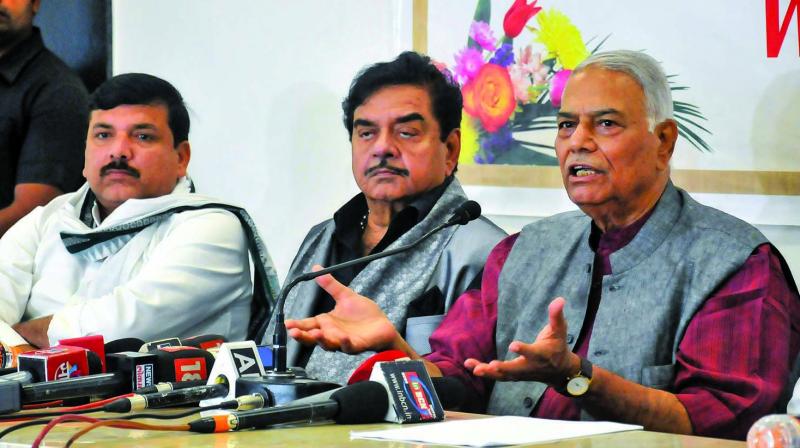 He further alleged that Prime Minister Narendra Modi has turned the nation into a banana republic.

The FIR by the CBI in Rafale deal was in the process and hence the government hurriedly removed Mr Verma, the CBI director, Mr Sinha alleged.

The removal of Mr Verma was completely illegal since a three-member panel comprising the Prime Minister, Chief Justice of India and Opposition leader are empowered to appoint the CBI director and also remove him. The way Mr Verma and special director Asthana have been shabbily treated has brought disrepute to the CBI, said Mr Yashwant Sinha, who was joined by rebel BJP leader Shatrughan Sinha and Aam Aadmi Party leader Sanjay Singh, at a press programme.

The government has not only damaged its credibility but is on a mission to finish the CBI, the premier investigation agency in the country,” Mr Yashwant Sinha said.

“There is anarchy in the country as the Modi government was annoyed with the Mr Verma for allowing me, Arun Shourie and noted lawyer Prashant Bhushan to meet him and accept a petition from them to investigate the Rafale deal. The trio met Mr Verma three days ago while Mr Singh had met him earlier. To settle the score, the Modi government acted swiftly in the dead hours to take action against the CBI chief. He has been sent on leave forcibly,” Mr Sinha alleged.