Not just in Mumbai, AC local trains to run in others cities too

The railways is planning to roll out the 12-coach air-conditioned local on western line of the Mumbai suburban train network in few days. 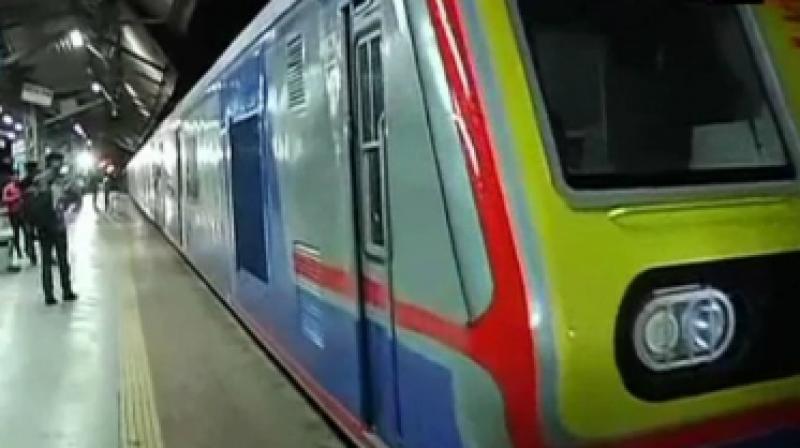 The railways have planned about eight to 10 services per day of the AC local between Churchgate and Virar stations. (Photo: Video grab | ANI)

New Delhi: Local train networks of Kolkata, Chennai and Secunderabad could soon get an image makeover with air-conditioned coaches and automatic doors.

The railways is planning to roll out the 12-coach air- conditioned local on the western line of the Mumbai suburban train network in a few days.

"We are planning to bring in a lot of variants in this category. In fact, all the new EMU trains from 2019-2020 will be air conditioned with automatic doors. Eventually we plan to introduce them in cities like Chennai, Bengaluru, Kolkata and Secunderabad," said a senior official of the railway ministry.

The official also said that the new AC trains and the old ones would run simultaneously, but with different fares.

As far as the first AC Mumbai local was concerned, the official said if the preparations all went well, the Western Railway would run the train commercially on December 25 or January 1, 2018 between Churchgate and Borivali.

The railways have planned about eight to 10 services per day of the AC local between Churchgate and Virar stations. The Chennai-based Integral Coach Factory of the Indian Railways has manufactured the local with electric systems developed by Bharat Heavy Electric Limited.