Khadse raised the issue of scarcity-hit villages during the Question Hour of the state Assembly. 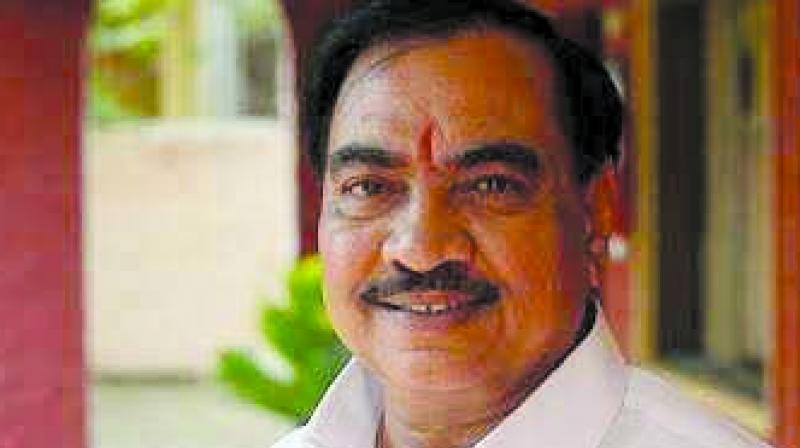 Mr Khadse raised the issue of scarcity-hit villages during the Question Hour of the state Assembly. While replying to his question, revenue minister Chandrakant Patil said the government had not received any complaint of crop losses from Jalgaon district.

However, Mr Khadse, who represents the Muktai-nagar Assembly segment in Jalgaon in north Maharashtra, was agitated over his reply. “If the Centre’s norms for selecting villages under the scarcity-hit category are stringent, how come three tehsils from Vidarbha region have been selected? I want to know why tehsils like Muktainagar, Bodwad and Amalner have not been declared scarcity-hit when farmers there have lost their crops and rainfall has been deficient,” he said.

As per the anewari method of calculating crop yield, the tehsils have reported more than 50 per cent losses, the former revenue minister claimed. “Despite this, these three tehsils have not declared as scarcity-hit,” he said.

Mr Khadse had resigned as a minister in June last year following a string of allegations, including alleged irregularities in a land deal.