Workers were disposing of unserviceable explosives. 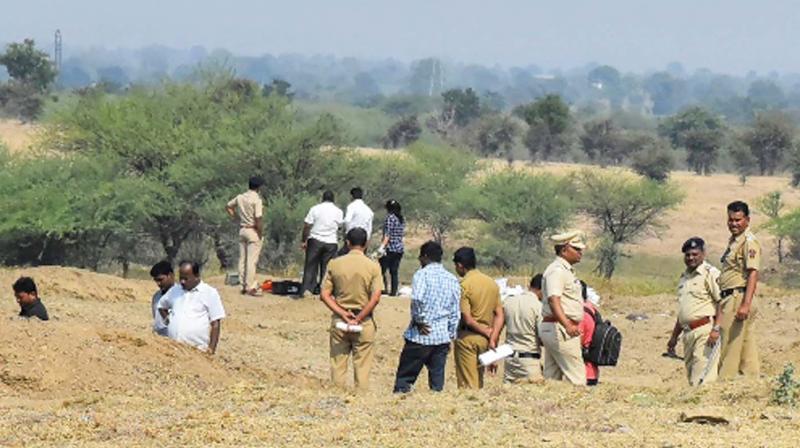 The state government has announced a cash compensation to the tune of Rs 5 lakh to the next of kin of the deceased, Rs 2 lakh for injured and Rs 50,000 for ones with minor injuries.

Nagpur: About six persons, including four casual labourers, were killed and more than 10 others were injured in a massive explosion at the Central Ammunition Depot (CAD) in Pulgaon in Wardha district, about 110 km near Nagpur on Tuesday morning.

The blast occurred when the employees of the depot were disposing of unused and unserviceable explosives in the military firing range dumping ground in the sprawling premises of CAD.

The entire operation was carried out with the help of men from the Ordnance Factory, Khamaria (Jabalpur). They were engaged in destroying 23mm Shilka anti-aircraft ammunition rounds, the production of which has been stopped owing to technical issues.

The operation was happening under the technical supervision of the CAD staff and contract workers were engaged too. “The explosion took place around 7 am while ammunition was being unloaded for disposal,” Regional De-fence Public Relations Off-icer, Group Captain Basa-nt Pande said on Tuesday.

A group of 10 to 15 contract labourers were at the site when the incident occurred, the Wardha police informed.

“The blast occurred in one of the ammunition boxes while unloading the ammunition. The incident took place on an open piece of land,” the police control room said.

All injured were admitted to a private medical college and hospital in the Sawangi village in Ward-ha district, the police said.

Wardha police and Fire Brigade officials rushed to the spot. This is the second major blast in the depot in the last two years.

Earlier, 13 persons were killed in May 2016, in a major fire in the depot while disposing of explosives. The bigger blast at CAD in 2016 had claimed the lives of two Lt. Colonel and Major rank-officers.

Meanwhile, the state government has announc-ed a cash compensation to the tune of Rs 5 lakh to the next of kin of the decea-sed and Rs 2 lakh for the injured and Rs 50,000 for minor injuries.  The government has decided to constitute a committee to look into the tragedy and submit its report within one month.