The accused were carrying the notes with the intention of exchanging them for new ones. 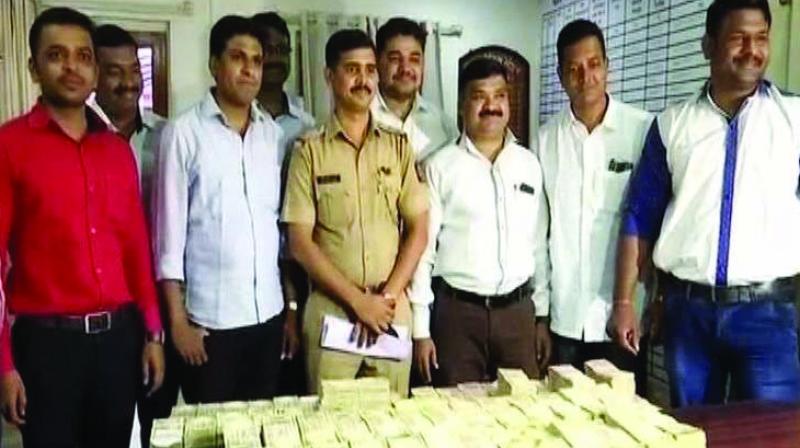 Officers at Khadak police station with the haul.

Pune: Congress corporator from Sangamner, Ahmednagar, Ganjendra Bajaba Abhang (47), along with three more persons, was detained for carrying demonetised notes of Rs 500 and Rs 1,000 with a face value of rs 3crore in Pune on Friday morning. The accused were carrying the notes with the intention of exchanging them for new ones.

Rajendra Mokashi, police inspector, Khadak, said, “We received a tip-off from our informers that a few people were coming to Ravivar Peth, Pune, with scrapped notes with the intention of exchanging them. Accordingly, we deployed our team in the area and as expected, five people, including the corporator from Sangamner, came to the spot. When we approached them, they reacted suspiciously and hence, we checked their purple colour suitcase.”

He added, “Under this Act, there is no provision for arrest. Investigation is on.”