The merchants had boycotted trading after some of the onion traders were raided by the income tax department. 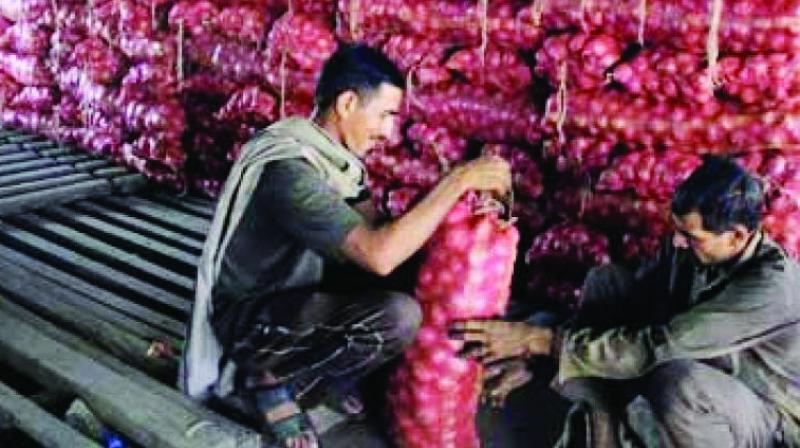 Representational image: A small number of merchants participated in auctions at a few AMPCs in Nashik.

Nashik: A few onion markets opened on Monday after a three-day strike by onion merchants ended on Sunday, but trading was listless with the average price being quoted of Rs 12 per kg.

The merchants had boycotted trading after some of the onion traders were raided by the income tax department. The strike was called off after a meeting with the collector on Sunday evening.

On Monday, a small number of merchants participated in auctions at Pimpalgaon, Saikheda, Umrane, Yeola and other places. The average arrival was in the range of 6000 to 7000 quintals at these APMCs. The major markets – Lasalgaon and Niphad —  remained closed due to rains while in Chandwad onion markets are closed on Mondays due to bazaar day.

“Though there are no limits to the amount of onion stocked by merchants, they want to sell off their earlier stock before making new purchases. Unless all merchants participate in the auctions, there will be no appreciable rise in onion prices,” a market expert said. On Monday, the lowest minimum price quoted was `5 per kg in Yeola

APMC and the highest Rs 16.20 per kg was offered in Pimpalgaon Baswant APMC.