Kamble (48) a three-time corporator, had gone for his routine morning walk at Race Course, Hadapsar. 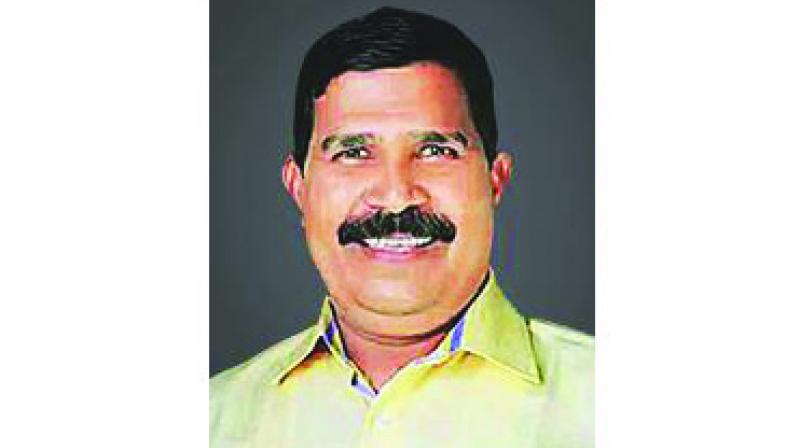 Pune: Navnath Kamble — who was in March elected as the deputy mayor of Pune Municipal Corporation (PMC) — died of a massive heart attack Tuesday morning in Pune. He was a senior leader of the Republican Party of India (Athawale).

Kamble (48) a three-time corporator, had gone for his routine morning walk at Race Course, Hadapsar. After completing two rounds by 8 am, he started getting breathless and felt pain in the chest, so much so, he fainted. His friends, who were accompanying him, rushed him to Rubi Hall Clinic but he succumbed to a massive heart attack before reaching the hospital. Doctors declared him dead on arrival.

Kamble, who was a PMC corporator from Bhimnagar area near B.T. Kawade Road, was selected for the post of deputy mayor by BJP. RPI, in alliance with BJP, contested the PMC elections in February this year. RPI won five out of the ten seats it contested while BJP emerged victorious in 98 out of 162 wards. Kamble took charge as deputy mayor on March 15. Born in 1969 in Shirdhon village in Osmanabad district, Kamble’s family shifted to Pune in 1972 due to major droughts. He studied at Sant Gadagebaba Vidyalaya, Koregoan Park and Nowrosjee Wadia College, Pune.

Kamble’s last rites were held at Koregoan Park Crematorium Tuesday evening. Ramdas Athawale, with whom Kamble was very close, rushed to Pune to attend his funeral, cancelling all other programmes. Kamble is survived by his wife Rekha, son Ankit who recently completed standard XII, and daughter Himani who is a graduate.