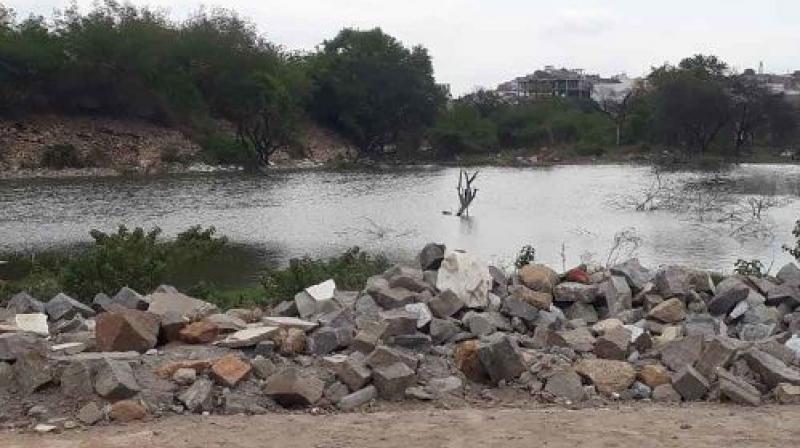 New Delhi: The National Green Tribunal (NGT) has decided to constitute an independent Committee for protection and restoration of the heritage water body Bum-Rukn-ud-Dowla at Shivrampally, Hyderabad, and noted that satisfactory action still remains to be taken and exact status is not clear.

The Bench headed Justice Adarsh Kumar Goel on December 14 this year stated that "since satisfactory action still remains to be taken and exact status is not clear, it is necessary to constitute an independent Committee to verify the actual status."

The Bench also said that it has heard the applicant in person as well as the Officers present and Counsels. "The submitted report does not give a complete picture of the remedial measures, as was expected,' it said.

The applicant Dr. Lubna Sarwath stated that there is continued concretization and constructions in the lake as well as change in the FTL markings.

The Tribunal noted that it is orally explained by the officer of the State Pollution Control Board that two STPs of 10MLD and 5MLD are operating and the sewage received in 10MLD STP from the Kings Colony, Rasheed Colony, and Raghavendra Colony is 1MLD. Fencing work is being undertaken. These facts are orally stated but not mentioned in the report. The same needs verification also.

The direction of the Green tribunal came while was hearing a plea filed by an activist seeking restoration of Bum-Rukn-ud-Dowla a historic heritage water body of Hydrabad and listed the matter for March 24, 2022, for further consideration in the matter.