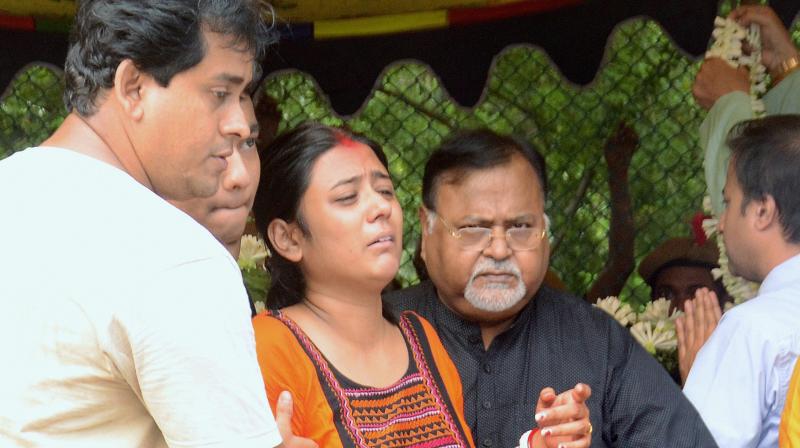 Kolkata: A man was arrested in Darjeeling on Saturday for his suspected links to Friday’s gunbattle, in which a policeman was killed.

“We have arrested a man in connection with yesterday’s (Friday) incident. He is being interrogated,” a senior police official said. According to police sources, the person arrested had links with the Gorkhaland Personal force (GLP), a Gorkha Janmukti Morcha wing.

Chief minister Mamata Banerjee on Saturday informed that her government would stand by the family slain cop Amitava Malik who was given a gun salute by the state police before his final rites. Mourning his death at Nabanna, the state secretariat, she said, “It is a painful incident. I knew him. He was brave. I met him in Darjeeling. Yesterday there was life in him. Today he is in a coffin.”

Ms Banerjee also paid her last respects by writing a poem dedicated to the deceased sub-inspector (SI). Asserting her government’s support to the cop’s family she added that she would send state director-general of police Surajit Kar Purkayastha to the Hills next week. Across the state and the city, cops paid their tribute to Malik at different police stations.

At the Jadavpur police station, a candlelight vigil was held in Malik’s memory. The state government has plans to award the SI posthumously for his bravery and martyrdom in line of duty, sources indicated. Earlier, the SI’s body was flown in from Bagdogra to Kolkata. His wife Beauty accompanied it. She was seen crying over the coffin all through.

Two Cabinet ministers — Partha Chatterjee and Jyotipriyo Mullick — paid tributes to his mortal remains on behalf of the state government. Later, the body was taken to Malik’s home at Madhyamgram in North 24 Parganas. Hundreds of local people assembled beside the Madhyamgram police station where the body was kept for the gun salute which was accorded to Malik in presence of Mr Purkayastha.

Mr Chatterjee later handed over a cheque of `5 lakhs to the slain cop’s family. His wife Beauty and mother Geeta were inconsolable. Breaking down in tears Geeta recalled, “He repeatedly told me that he would not allow Darjeeling to get divided. He had vowed to catch him (Gorkha Janmukti Morcha Bimal Gurung). His soul would rest in peace only if Bengal remains undivided.”

She added, “He was scheduled to come home on leave during Kali Puja. When I wanted to know what he would like to eat when he is home, he had said ‘fish’.” Malik’s father Soumen was seen crying too.

Malik’s last rites were performed by his brother Arunava at the Nimtala crematorium at around 5 pm. Meanwhile, the police continues its search and combing operation to catch elusive GJM chief Bimal Gurung for the second consecutive day in the Hills.