Tendulkar’s last rites were performed at Vaikunta Crematorium, Pune, in the afternoon on Tuesday. 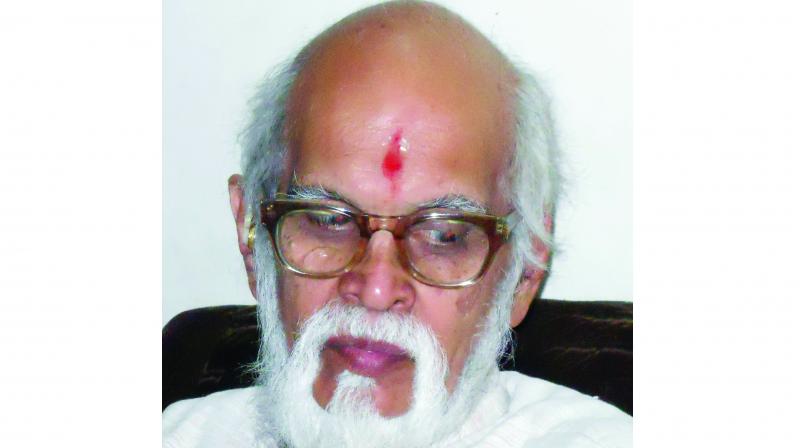 Pune: Noted cartoonist Mangesh Tendulkar (82), known for his caricatures on social issues, passed away in the early hours of Tuesday at a private hospital in Pune. He had been suffering from cancer of the bladder.

Mangesh Tendulkar, the younger brother of noted Marathi playwright Vijay Tendulkar, was famous for his iconic cartoons commenting on social issues such as increasing poverty, traffic woes, pollution, degradation of the environment, urban life, poor state of urban infrastructure and so on. His cartoons served as food for thought, bringing awareness about social issues. Having started out as a cartoonist back in 1954, he was active professionally till the very last. Only last month, he organised an exhibition of his cartoons at the Balgandharva Theatre in Pune.

Tendulkar’s last rites were performed at Vaikunta Crematorium, Pune, in the afternoon on Tuesday and crowds thronged to pay their last respects to the revered cartoonist. He is survived by son Mahesh and daughter Vandana.

In a tribute to Tendulkar, CM Devendra Fadnavis said that the people had lost a cartoonist who was a master at pointing out contrasts in our society through his art. CM said that Tendulkar used to draw cartoons based on simple incidents in life and this could be seen through his drawings.

“How other people must be looking at me as a cartoonist? This question has entertained me for a long, long time. With an upside-down view, sometimes distorting normal things beyond recognition, sometimes fighting unnecessary battles, sometimes hypersensitive, sometimes very emotional, sometimes when things are beyond control, taking refuge in art, sometimes taking liberty of expression higher than the Statue of Liberty, impossible to catch in words but captured in cartoons,” — Mangesh Tendulkar.