The professor is believed to have promised her a seat if she ‘slept’ with him, according to the police. 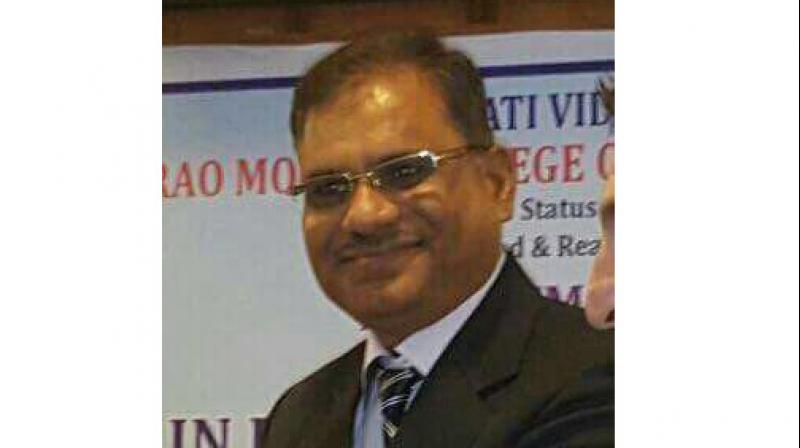 Pune: A Pune college professor (52) was arrested by the police for allegedly molesting an Iranian female student, who had approached him for guidance on how to get into a PhD programme in accounting. The professor is believed to have promised her a seat if she ‘slept’ with him, according to the police.

The 30-year-old Iranian student lodged an FIR against the accused, Dr Shivaji Borhade, at the Kothrud police station. Police sub-inspector Shankar Khatale said, “The accused is a professor in Yashwantrao Mohite College of Arts, Science and Commerce, affiliated to the Bharati Vidyapith. He is a married man with two kids.” He has been arrested under Section 354 of the Indian Penal Code, which deals with molestation, said the police.

According to the police report, on Tuesday, when she reached his cabin at 12.30 in the afternoon, he asked her to sit in front of him and allegedly started touching her inappropriately.

“He told her that if she would sleep with him, he would ensure her admission for PhD,” said a police source. The victim recorded this entire conversation.

The girl had come to India from Iran in December 2016 to do a doctorate in accounting but as Pune University admissions had closed by December, she started looking around for other colleges and universities where she could apply for a PhD. It is during this time that she came to know Dr Borhade, lecturer at Yashwantrao Mohite College that is located in the premises of Bharati Vidyapith Campus in Kothrud.

Dr Borhade was ready to become her guide for the PhD and she met him 7-8 times at his cabin in the campus. The victim said that since her English was weak, she would record all her conversations with him so that she play them back later for better understanding. The professor would often correct the mistakes in the victim’s written material and would ask her to meet him. He also used to scare her saying that there was only one PhD seat and there was another student who was interested in it as well.

According to recording, the victim kept telling the professor that he should not touch her. This went for on for 18 long minutes. However, the accused did not heed her pleas and continued with his inappropriate behaviour.

With the help of friend, the victim lodged an FIR against the accused on Tuesday night. The accused was nabbed by the cops on Thursday morning and produced before the Pune sessions court. He will remain in police custody for a day.