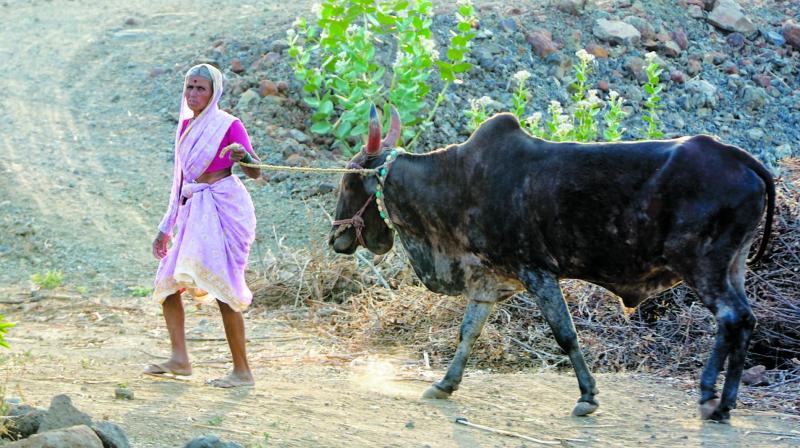 Nashik: A farmer died and 67 others were hospitalised due to alleged food poisoning after they participated in a lunch given by a seed manufacturing company in Dindori on Wednesday. The police has arrested the caterer who distributed the food and the cook who prepared it.

Police sources said a seed manufacturing company had arranged a seminar on hybrid tomato US 1143 at Umrale village in Dindori tehsil of Nashik district on Wednesday. Around 300 farmers attended the seminar. Later lunch was served which, according to the farmers included mattha. Mattha, a digestive drink, is curd diluted with water with addition of coriander and spices.

After the lunch, the farmers began feeling uneasy. Farmer Atul Pandurang Kedar (41) of Umrale Bu village began feeling dizzy and collapsed. He was treated at a private hospital in Umrale and then rushed Magnum Heart Hospital in Nashik. From here he was shifted to Nashik Civil Hospital, where he succumbed to the alleged food poisoning on Wednesday evening while 67 others have been admitted to various
hospitals.

Senior police inspector Rajesh Shirsath told The Asian Age on Thursday that they had sealed the food, which included rice, jelabi and mattha. “Our forensic team checked everything and will submit its report to our seniors,” he said.

The Dindori police arrested the caterer Sunil Popat Wadje (47) of Madkijam village in Dindori tehsil and his cook Sitaram Bhiva Wakade (47) of Dindori town in connection with the incident. They were remanded to police custody till Sunday by a court on Thursday.

Sources said that the mattha was kept in an aluminium vessel in the sun, which could have affected it adversely. The sources also said it was only those who drank two or more glasses of ‘mattha’ that were affected. They said those who had drunk fewer than two glasses or had stayed away from the digestive drink remained unaffected.