The accused, Kumar, is a resident of Ghamdoj village in Sohna and was hired by school bus contractor around seven months ago, the police said. 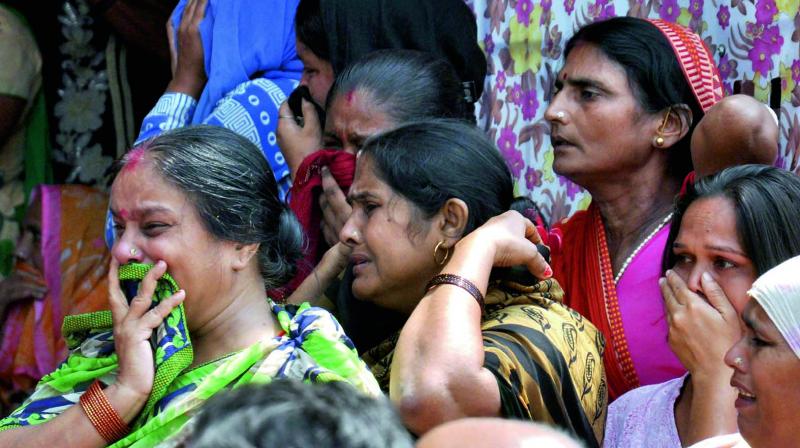 Family members and relatives cry during the funeral of the murdered minor boy in Gurgaon on Saturday. (Photo: PTI)

Gurgaon: The acting principal of Ryan International School was on Saturday suspended and all the security staff were removed, a day after seven-year-old boy was found dead with his throat slit inside a washroom.

Angry parents and locals gathered outside the school premises in the morning and staged protest for over two hours demanding a CBI probe into the gruesome murder while expressing their displeasure over the investigation being carried out by the Gurgaon police.

They also demanded that the school management be booked for the murder of boy.

The boy, a Class 2 student, was allegedly killed by a bus conductor, Ashok Kumar, who also tried to sexually abuse the minor. The accused was arrested hours after the gruesome murder.

The accused, Kumar, is a resident of Ghamdoj village in Sohna and was hired by school bus contractor around seven months ago, the police said.