The Solapur cops traced the boy’s location through his mobile and found that he was on his way to Pune on a bus. 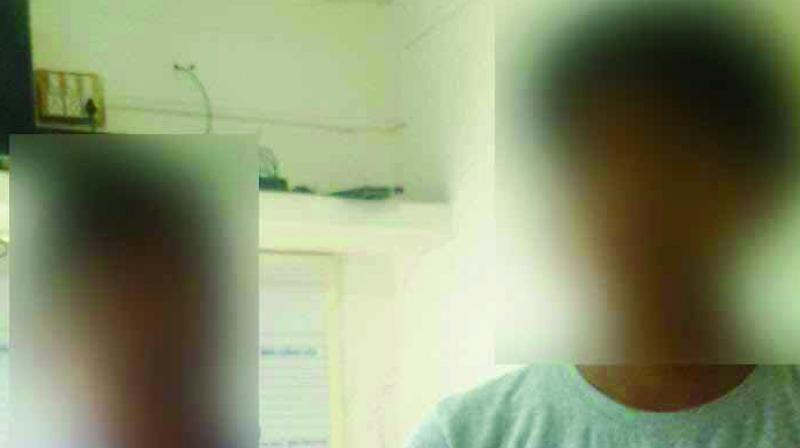 Blue whale game is a challenge based game in which administrators give certain challenges to players for 50 days.

Pune: A 14-year-old boy, who was playing the ‘Blue Whale’ online game, which dares participants into committing suicide as the final act of a 50-step game, travelled to Bhigwan from Solapur in a state transport bus as part of one of the challenges of the game. The Bhigwan police handed him over to his parents.

According to sources, Sudhir Bhosale, a class IX student of Indian Model School, Sholapur, went missing from his home on Wednesday. His parents immediately informed the Solapur cops. The Solapur cops traced the boy’s location through his mobile and found that he was on his way to Pune on a bus.  They informed their counterparts in Bhigwan who nabbed him from the bus station.

Nilakanth Rathod, police sub inspector, Bhigwan, said, “We received a call from the Solapur police room that a 14-year-old boy was on his way to Pune in a state transport bus. Accordingly, we kept checking all buses coming from Solapur to Pune at Bhigwan. We finally found him in one of the ST buses. We confirmed whether he has come from Solapur and got him to the police station. .”

He also said, “The boy did not speak much but answered our questions. He has a mobile phone and did not say whether he was playing the Blue Whale game. But his father told us that he has been playing this game for the past 3-4 days and has not been going to school.”

Blue whale game is a challenge based game in which administrators give certain challenges to players for 50 days. The players are supposed to upload pictures after completing the task. The tasks include watching horror movies at night or cutting one’s wrist and so on. The final challenge is to commit suicide. The game cannot be downloaded and there is no confirmed information on how to play it. According to sources, administrators get in touch with players via social media like Facebook or Instagram.