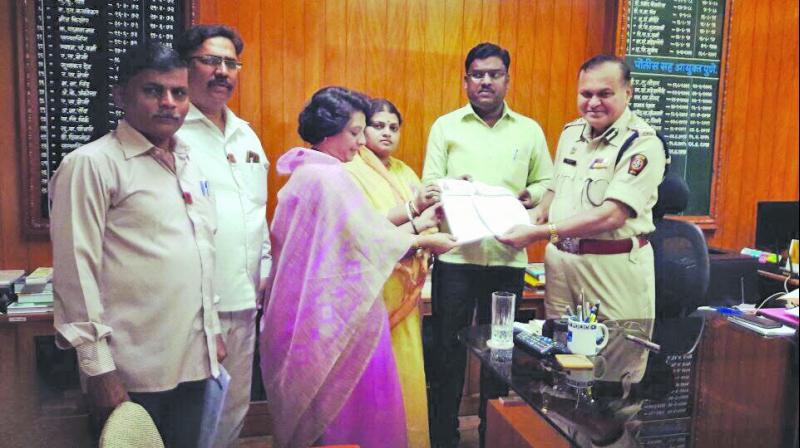 Pune: Members of the Sambhaji Brigade have threatened to launch an agitation against Dr Medha Khole, former director of Indian Meteorological Department (IMD), who on Thursday registered a complaint against her cook, accusing her of lying about her caste when she sought a job at former scientist’s home in Pune.

Sambhaji Brigade has demanded police complaint against Ms Khole and said that her ex-government employee status should be revoked.

Meanwhile, right-wing organisations such as Samasta Hindu Aghadi, Raje Shivrai Pratishthan, Abhinav Nirman and Hindu Mahasabha have called the incident as “domestic” matter and said that it should be resolved through discussions. They also said that the cook broke the 70-80 years old tradition at the house of Dr Khole. However, they asked Dr Khole to take back her the complaint. They also launched a veiled attacked on Sambhaji Brigade, accusing it of trying to communalise the incident.

On Thursday, Dr Medha Khole lodged a police complaint against her cook.

According to the complaint, the cook told Ms Khole that her name was Nirmala Kulkarni and claimed that her caste was Brahmin. She worked as a cook and maid at Ms Khole’s house for two years.

A few days ago, Dr Khole came to know that Nirmala is not Brahmin and her surname is Yadav. Dr Khole accused her cook of lying about her caste. She asked the police to lodge a complaint against Ms Yadav for making her house impure as she wanted a Brahmin woman as her maid. The police tried to convince Dr Khole not to register the complaint, but she insisted. The police finally registered the complaint under sections 419, 352 and 504 of Indian Penal Code (IPC).

Santosh Shinde, Sambhaji Brigade, Pune said, “The former director of IMD Medha Khole who despite being well-educated has filed a police complaint against a 55-year-old woman. It is unfortunate that after 70 years after India gained independence, such practices are being carried out. We want police to lodge a complaint against Khole as soon as possible.”