The men at the camp are shocked as trenches are dug around the camp to avoid wild animals entering the area. 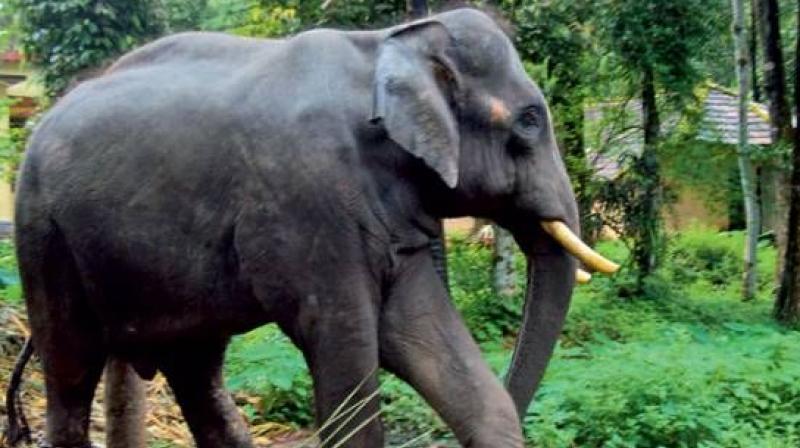 The elephant strayed into the area, charged at the CRPF men and trampled the two to death. (Representational image)

Bengaluru: Two Central Reserve Police Force (CRPF) personnel, who were on sentry duty, were trampled to death by an elephant at the CRPF Training Camp in Taralu village near Kaggalipura off Kanakapura Road on Sunday morning.

The deceased have been identified as Dakshinamurthy, 51, an assistant sub-inspector from Vellore district in Tamil Nadu, and constable Kuttappa Lamani, 34, who hailed from Haveri district.

They were on sentry duty along with two others when the incident occurred around 6.30am. The elephant strayed into the area, charged at the CRPF men and trampled the two to death. Before escaping, the pachyderm also damaged a bike parked at the post.

The two more sentries did not open fire as they had been instructed not to shoot at wild animals. “Dakshinamurthy had gone out of the camp to attend nature’s call, while Kuttappa was sleeping. The elephant first Dakshinamurthy and chased the two other. Kuttappa, who woke up to the commotion, found Dakshin-amurthy alive and rushed towards him. On seeing Kuttappa, the elephant attacked him and trampled him to death and fled, while the other two personnel managed to escape,” an official said.

The men at the camp are shocked as trenches are dug around the camp to avoid wild animals entering the area. Even forest department officials were initially clueless as to where the elephant came from as none of the villagers in the vicinity had complained about sighting the animal. They now suspect that it might have come from Savanadurga forest and was moving towards Kanakapura.

The forest department has formed three special teams to trace the elephant and send it back to the wild. The CRPF training camp, which trains its personnel in combating Naxalism, terrorism and insurgency, is spread across 220 acres and was inaugurated in 2010. The camp is situated close to the Bannerghatta forest.