The teachers were immediately taken to a private hospital. 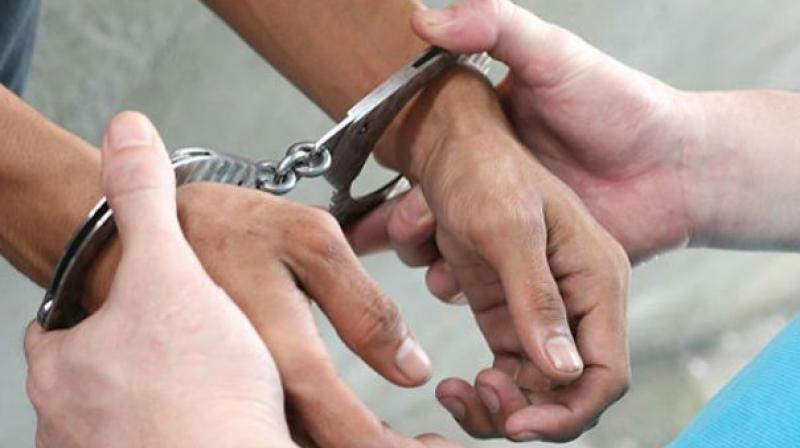 The school principal lodged an FIR against Bhor, who was arrested under the relevant sections of the Indian Penal Code.

Pune: A 19-year-old Class 11 student in Pune attacked his of two teachers with machete on Friday morning as one of them had asked him to cut his hair.

Sunil Popat Bhor, an Arts student of Jogeshwari Mata Madhamic and Uchcha Madhyamik School at Vadebolhai at Lonikand, attacked his Economics teacher Dhananjay Aabnave after morning prayers in the school.

U.T. Salunkhe, assistant police inspector, Lonikand, said, “Sunil would not attend classes regularly and he would not study properly and hence his teachers would regularly ask him to be more disciplined. Besides, he had long hair. On October 4, Mr Aabnave asked him to cut his hair. He also held a meeting with his parents on the same day.”

He added, “The next day, Sunil came to college with his hair cut. However, he was wearing a cap. Aabnave asked him to remove the cap but Sunil skipped his classes instead. On October 6, was not present during the morning prayers. Around 8.30 am, when Aabnave was standing near the gate directing students to classes after prayers, Sunil hacked at his head from behind with a machete.”

He added, “Meanwhile, another teacher, Darshan Choudhari, intervened, but Sunil attacked him too and ran away.”

The teachers were immediately taken to a private hospital. The school principal lodged an FIR against Bhor, who was arrested under the relevant sections of the Indian Penal Code.