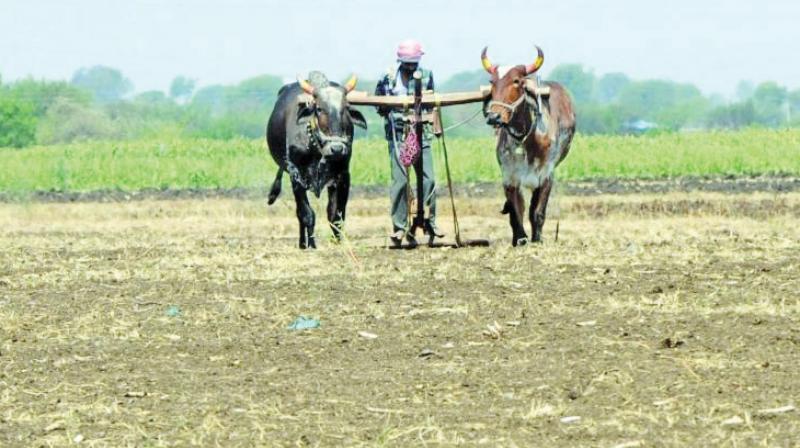 The death toll has increased to 96 since January 2017.

Nashik: Four farmers committed suicide in four separate incidents in Nashik and Ahmednagar districts on Wednesday and Thursday. Of the four, one had Rs 1.2 lakh worth pending loans, taken from a bank and local credit society; while another had paid off his loans but was worried about his daughter’s marriage.

In the first incident, Ananda Narayan Kedare (70) of Chausale village in Dindori tehsil of Nashik district committed suicide by hanging himself in his house on Wednesday; bringing the number of suicides by farmers in the district since January to 96.

In another incident, disabled farmer Madhukar Pundlik Pawar (55) of Jaykheda village of Nashik district jumped into a well and ended his life. Pawar had secured a credit society loan but was able to pay it off only by borrowing money from relatives. He was also worried about his daughter's impending marriage, according to his relatives.

In the third case, farmer Subhash Dattu Kakad (40) drank poison in his house in Jorve village of Sangamner tehsil and died early on Thursday. Sources said that Kakad had a farm in Malegaon Thadi village of Kopargaon tehsil, Ahmednagar. He consumed poison a day before and was admitted first to a hospital in Ahmednagar and later to the Nashik general hospital. He died while under treatment.

He had taken a loan of Rs 70,000 from Punjab National Bank and Rs 50,000 from a local credit society. He consumed poison at his farm in block number 723. He was admitted to the hospital but died while under treatment.