Police get 90 days to file chargesheet 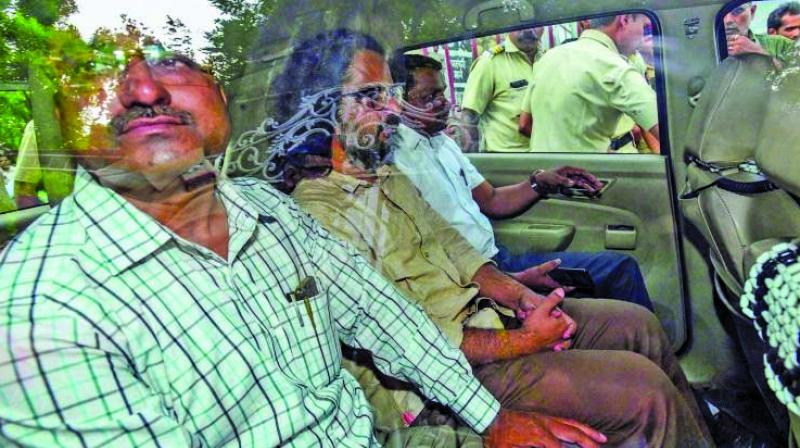 File picture of Rona Wilson arrested by cops on June 2.

Pune: A special court here on Sunday granted the Pune police an extension of 90 days in which to file a chargesheet against the five activists, who were arrested on June 6 for having alleged connections with naxals. However, defence lawyers are going to the high court against the order, saying they were informed at short notice about the police plea and had no time to prepare the case, which is under the special Unlawful Activities Prevention Act. (UAPA)

The five of them were produced in court on Saturday for a hearing where the defence lawyers had asked for more time to prepare. They had asked for the next hearing to be on September 3 but the court had allowed them only one day due to which the defence could prepare their case.

Prosecution lawyer Ujjwala Pawar had on Saturday argued for extension, saying that police need the time to probe banks details of activists and the transactions that took place in them, a voluminous data, which they received through electronic devices they seized during their raids. The police are also awaiting the forensic analysis of that data. The police also need time to check for links between the five activists arrested on August 8 in the same case with the current five.

However, Rohan Nahar, one of the lawyers from the team representing the five activists said, “The police served notice to activists an hour before they were produced in court on Saturday and the lawyers were not even aware of it. This is against the principle of natural justice. Besides, as per our calculations, 90 days will be over on September 4 and court could have heard the case on that day. But as per police, 90 days will be over on September 3 and they cannot argue the case on that day as Shivaji Pawar, the Investigating Officer (IO) will be in Supreme Court.”