The police has booked both the two women on charges related to attempt to murder and arrested them. 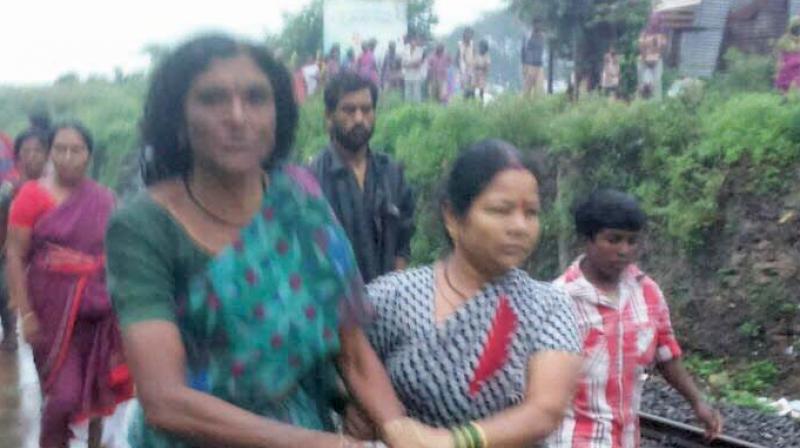 Pune: A 27-year-old mother allegedly buried her newborn daughter alive as she feared that her husband could abandon her for giving birth to a girl. The accused woman, Sarika More, along with her mother, had buried the child but thanks to the alerts from their neighbours, the police could save the newborn baby.

The police has booked both the two women on charges related to attempt to murder and arrested them. More’s husband, who had allegedly threatened to abandon her if she gave birth to a girl. He has not been arrested.

More, a resident of Gandhinagar, Kolhapur was married to Lakhan More from Tasgoan, Sangli.

More is a labourer who works in farms and Sarika is a housewife.

Sushant Chavan, police inspector of Gandhinagar, Kolhapur, said, “More has four daughters from his first wife. He abandoned his first wife for giving birth to daughters and married Sarika. Sarika gave birth to a daughter a year ago and so Lakhan was angry with her. He had threatened to leave her if she gave birth to a girl for the second time as well.”

The police said that Sarika had came to her mother’s home at Gudmudshingi village for delivery. She was praying for a baby boy but was disappointed after a girl was born. The baby has a cleft lip. Sarika who was afraid that her husband might abandon her for giving birth to one more daughter, decided to get rid of the baby. She and her mother dug a ditch near the railway line at their village and buried the baby alive,” said Mr Chavan.

He added that the neighbours got suspicious as they could not see the newborn baby and hence informed police about it. The police grilled Sarika and her mother, who confessed that they had buried the baby. The police immediately took the baby out and admitted her in a hospital. “Fortunately, the baby is in a good condition now and is undergoing treatment at a hospital in Gandhinagar,” Mr Chavan said.

The police has arrested Sarika’s mother Nakusha Bhosale under the Indian Penal Code 307 for attempt to murder and 315 for act done with intent to prevent child being born alive or to cause it to die after birth.

The police has also booked Sarika but has not arrested her as she is undergoing treatment in a hospital after the delivery.

When asked if the police will take action against Sarika’s husband, the police said, “He has no role in attempting to murder the baby. Sarika and her mother planned and executed this. Hence, we cannot arrest her husband.”