The protest had to be called off after Mr Vishwas urged them not to create any “unrest” in his name. 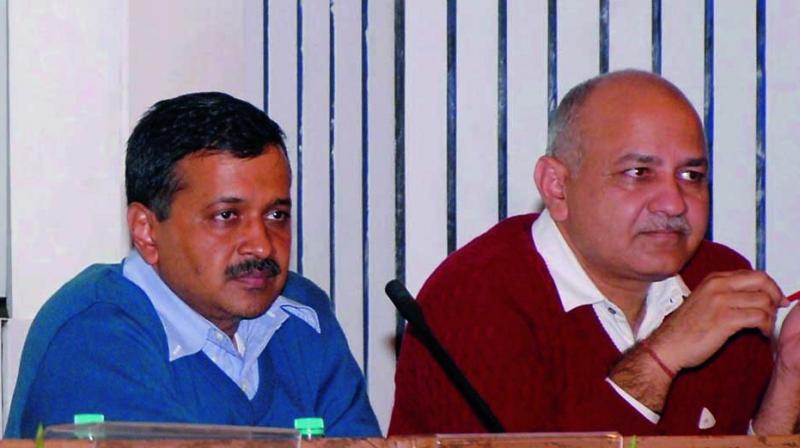 New Delhi: Amidst the supporters of party leader Kumar Vishwas staging a protest at the AAP headquarters demanding a Rajya Sabha seat for him, Delhi chief minister Arvind Kejriwal and his deputy Manish Sisodia are headed to Andaman and Nicobar islands on Saturday with their families for New Year celebrations. The protest had to be called off after Mr Vishwas urged them not to create any “unrest” in his name.

“Pl refer to my November 26 appeal, Country first, Party next and Person last. Fight for Swaraj, BackToBasics, transparency, but I won’t appreciate any unrest in my name. Abhimanyu is a winner, even if killed (sic),” Mr Vishwas tweeted.

The AAP is expected to announce its three nominees for the Rajya Sabha on January 3, a day after Mr Kejriwal returns to Delhi with a meeting of the political affairs committee squeezed in between. The last date of nominations of candidates is January 5.

Mr Vishwas, who is one of the founding members, had attacked AAP leader and Delhi chief minister Arvind Kejriwal in May for the latter’s scepticism about electronic voting machines and the surgical strikes across the Line of Control.

Looking at the state of events, Mr Kejriwal said, “Those greedily seeking posts should quit the party.”

Former RBI governor Raghuram Rajan had earlier rejected AAP’s offer of a Rajya Sabha seat. The party’s strength in the Assembly makes the poll on January 16 a one-sided contest, allowing the AAP to nominate all three MPs.

Mr Kejriwal and Mr Sisodia will reportedly be returning on January 2 and an announcement regarding the nominees for the Rajya Sabha will likely be made a day after the meeting of the highest decision making body of the party, the Political Affairs Committee.

According to sources, party leader Sanjay Singh’s name has been cleared and will be nominated to the Upper House. He will file the nomination papers on next Thursday. The party is yet to make an announcement regarding this.