Geelani was first detained and questioned for several hours before being placed under arrest at the Parliament Street police station. 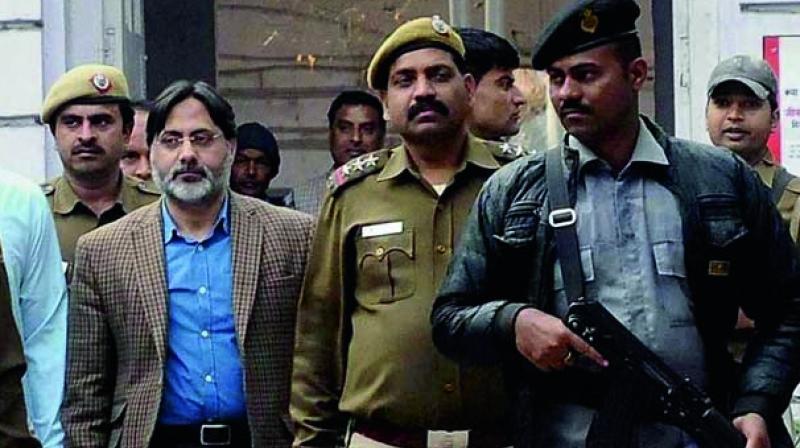 New Delhi: Former Delhi University lecturer Syed Abdul Rahman Geelani, who was first sentenced to death and later acquitted in the Parliament attack case, hit the headlines again in February after he was booked for sedition for allegedly convening an event at the Press Club of India where Afzal Guru, who was hanged for the same case, and Maqbool Bhatt, a Kashmiri executed in the 1980’s, were referred to as martyrs’. Prof. Geelani was first detained and questioned for several hours before being placed under arrest at the Parliament Street police station.

His arrest came in the context of increasing political tensions over the alleged anti-national protests that took place at JNU  which spilled over to a Delhi court where a mob of lawyers thrashed reporters before a hearing in a sedition case against student leader Kanhaiya Kumar. The student leader was also arrested over sedition charges in connection with an event on February 9 where students were protesting against the hanging of Afzal Guru. Prof Geelani, of Kashmiri origin, taught Arabic at Zakir Hussain college during the time of his first arrest. He openly supports the idea of Kashmiri self-determination. On February 10, he was arrested for hosting an even in the PCI where some people had  allegedly raised anti-national slogans. After rigorous questioning he was booked under sections 124A (sedition), 120B (criminal conspiracy) and 149 (unlawful assembly) of the IPC. Civil rights activists raised questions on whether sedition laws were being used to muzzle freedom of expression.

But the right-wing activists were clearly upset and held protests condemning the alleged anti-national sloganeering at the PCI. It is learnt that Prof Geelani had booked the PCI hall through Ali Javed, a member of  the club. But even the club’s management distanced itself from ÿ event saying they had simply given a member permission to organise the event. The management said they were not aware that “anti-India” slogans could be raised at the club premises.  Prof Geelani was remanded to police and judicial custody and the CCTV footage of the event was examined by the law enforcement agencies. He was recently granted parole to visit his hometown in Jammu and Kashmir.