The government has set aside Rs 140 crore to implement the scheme. 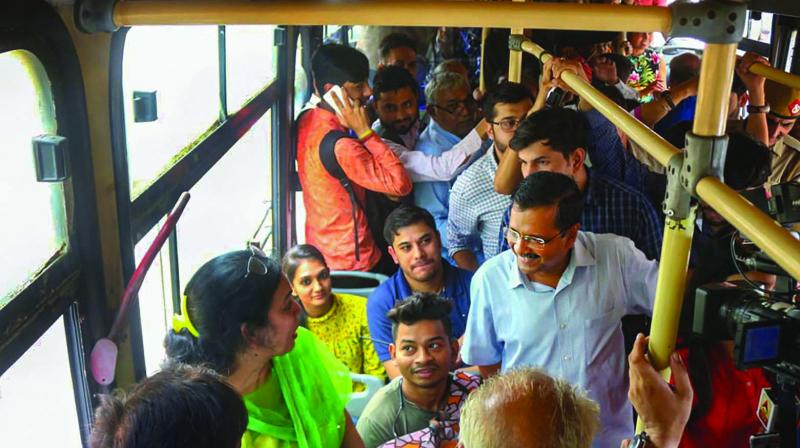 NEW DELHI: Delhi chief minister Arvind Kejriwal boarded public buses on Wednesday to get feedback from women passengers about his government’s free-ride scheme. According to official figures released by the Delhi Transport Corporation (DTC) on Wednesday, over 4.77 lakh women availed pink tickets for free-ride on the first day of the scheme on Tuesday.

“I boarded a few buses just now to get direct feedback from women. In addition to students, working women, women going for shopping, I also met a few who have to visit doc (doctor) regularly. They are also v (very) happy,” Mr Kejriwal said, in response to a tweet. In another tweet, the chief minister said the presence of bus marshals deployed by the Aam Aadmi Party government was creating a sense of safety among women passengers and “fear amongst eve-teasers.”

There are around 5,600 DTC and cluster buses where women can avail free-ride under the scheme through a pink ticket having face value of `10 each. The government has set aside Rs 140 crore to implement the scheme.

Launching the scheme on Tuesday on the occasion of ‘Bhai Dooj’, Mr Kejriwal had hailed the move as “historic”, saying it would increase women’s role in Delhi’s economy besides empowering them.