Comes down from 48 in March to 34 in May due to loss of dense forest cover. 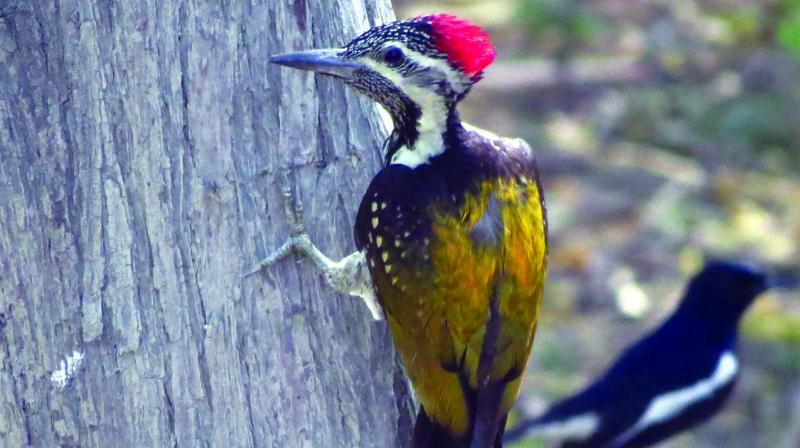 New Delhi: There has been a decrease in the diversity of bird species in the Garhimandu city forest in north Delhi — from 48 in March 2018 to 34 in May, mostly owing to loss of dense forest cover in the national capital and the return of migratory birds.

The India State of Forest Report 2017, released recently by the Centre, found that the total forest and tree covers in Delhi have gone up by 0.25 per cent and 0.13 per cent, respectively, mostly in terms of open forest and scrub forests but ‘very dense’ forest cover in Delhi has declined from 6.94 sq km in 2015 to 6.72 sq km in 2017, while ‘medium dense’ forest cover has dropped from 57.1 sq km to 56.2 sq km during the same time.

The ecologists said that Delhi has been losing bio-diverse forests — wildlife habitats — even after regular plantation drive.

The Garhimandu City Forest, which is located beside the eastern bank of the Yamuna in northeast district and covers 300 hectares area, was rich in biodiversity habitat, especially birdlife diversity but it has been declining by increasing human intervention and threats due to rapid population growth and urbanisation.

“There was a huge natural wetland in the adjacent surroundings, which has been completely dried up and turned into a playground now,” said T K Roy, an ecologist, who along with a small team conducted the “Summer Bird Count” (SBC) 2018 at Garhimandu forest on Sunday.

Out of the 34 species diversity recorded, only 25 species were of terrestrial birds and nine were of water and water-dependant birds. Only one IUCN (International Union for Conservation of Nature) red-listed threatened water bird species called Black Headed Ibis was found. It was last recorded in 2015.

At the Delhi Bird Race 2018 organised in March, it was found that the overall diversity of bird species in Delhi-NCR has decreased in comparison to previous years. Only 238 bird species were recorded in the survey in March.