The novelist reminisced his childhood and soon got so emotionally overwhelmed that he was even unable to read a poem he had dedicated to her. 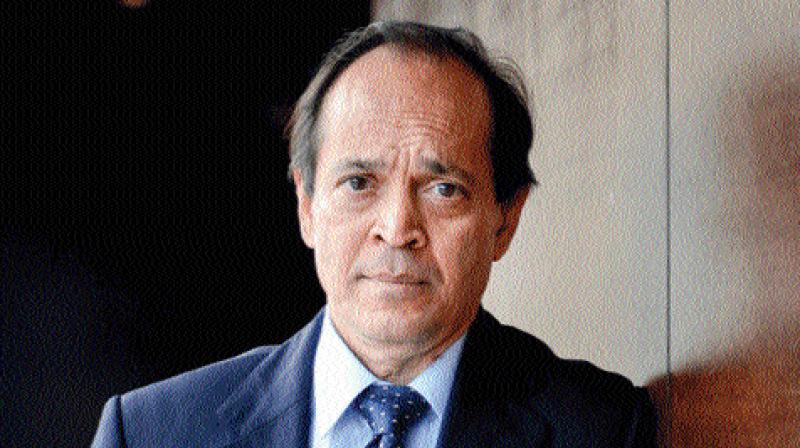 New Delhi: Recalling her mother’s life left author Vikram Seth in tears on Tuesday at a memorial held for justice Leila Seth, in what was a befitting tribute to a woman whose life and values continue to inspire people.

The novelist reminisced his childhood and soon got so emotionally overwhelmed that he was even unable to read a poem he had dedicated to her.

Mr Seth, 64, who anchored the solemn event that was attended by several eminent personalities from all walks of life, maintained a somewhat calm disposition, but towards the closing, was left emotionally overwhelmed.

And, as he read out the first line of the poem — ‘All you who sleep tonight’, he choked, even as he tried to retain his composure. But, he choked again, and was soon reduced to tears, even as a deathly silence prevailed in the room.

The poem, part of the collection, “All You Who Sleep Tonight”, composed by Mr Seth in 1990, was finally recited by his younger brother Shantum.

“Mama (Leila Seth), as many of you have shared your thoughts, is not gone, she continues to be with us, in spirit and, she will continue to do so,” Vikram said earlier.

And, as Shantum, sitting in the front row at the IIC Auditorium, read out the poem, Vikram sat at a piano on the stage, leaving many in the audience also teary-eyed. Leila Seth died of a cardiac seizure at her Noida residence on May 5 at the age of 86. Before death, she had pledged her eyes and entire body for donation.

Executive director of the Commonwealth Human Rights Initiative (CHRI) Maja Daruwala, in her tribute, said, “This memorial should not be a closure...Rather it should be a beginning, and she should continue to live on in each one of us, through the values that the she stood for.”

At the foyer of the hall, a portrait of the late justice Seth was kept, alongside a pack of postcards, bearing her image one one side and the poem “All you who sleep tonight” on the other.

Close family friend Tehmina Punwani, who attended the service, said, she “lived with the courage of her convictions” and set an example by her high standard of exemplary living.