Tax rates are govt’s main worry ahead of GST session

Sisodia’s remarks came after he met 32 trade associations on Tuesday who raised concerns over GST tax rates on various items. 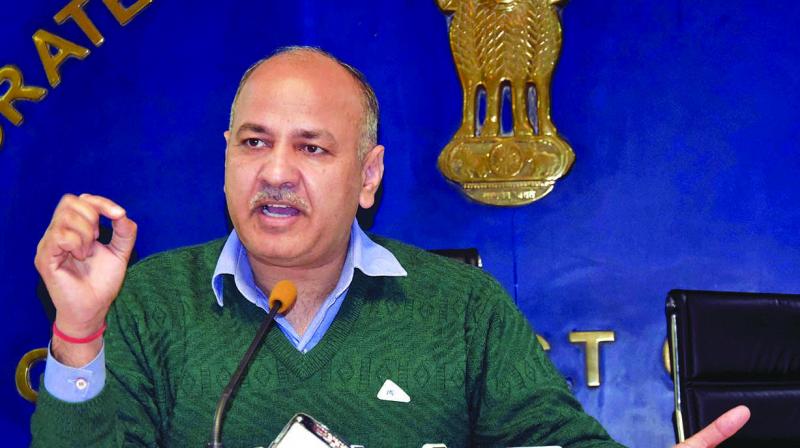 New Delhi: A day before the national capital gears to pass the GST Act in the Delhi Assembly on Wednesday, deputy chief Minister Manish Sisodia on Tuesday expressed concerns on the tax rates decided for different commodities and services under GST, saying that the Central government should work on the formula of “lower tax-more compliance”. He also said the implementation of Goods and Services Tax (GST) should be considered from the common man’s and traders’ points of view and also demanded “reconsideration” of taxes on various items.

Mr Sisodia’s remarks came after he met 32 trade associations on Tuesday who raised concerns over GST tax rates on various items. “I have met traders today and have taken their point of view upon which discussion is needed. I will raise these concerns in the next meeting of GST Council scheduled on June 3,” he said.

Mr Sisodia said that traders informed him that complexity and higher rates had become big problems of GST and they were concerned over the new tax rates. “Hotel industry, optical lens manufacturers, grocery traders all raised concern on increased tax slab to 18-28 per cent from five per cent earlier,” he said. He said that GST is the biggest tax reform of independent India so it should be industry and trader-centric.

“In the meetings of the GST council, I have always pitched for adopting the mantra of ‘lower tax rate-more compliance’.”

Mr Sisodia said when the Aam Aadmi Party (AAP) came to power in Delhi in 2015, it had a Budget of Rs 32,000 crore, but “we reduced tax rates on lots of items and now our Budget amount is Rs 48,000 crore. This was possible with the policy of ‘lower the tax rate maximum the compliance’”.

The Leader of Opposition in the Delhi Assembly, Vijender Gupta, demanded that the AAP government announce compensation for Delhi’s municipal corporations which would lose revenue after the implementation of the Goods and Services Tax (GST).

He said the BJP would raise the issue in the special session of the Delhi Assembly, convened to pass the GST legislation on Wednesday. The BJP controls the three municipal corporations in Delhi. He said the party would also corner the government if it tried to “malign” the Centre over the tax legislation.

“The government will have to ensure that the revenue collected as theatre tax and advertisement tax, presently collected by the municipal corporations, are compensated after implementation of the GST,” he said.

The BJP has four MLAs in the Assembly. The rest belong to the AAP. The BJP MLAs held a meeting to decide the party’s strategy ahead of the special session. The issues of alleged corruption and irregularities in various Delhi government departments will also be raised by the BJP legislators during the one-day session, he added.