The PWD is in charge of 1,260 km of roads in the national capital, while the rest fall under the jurisdiction of the three municipal bodies. 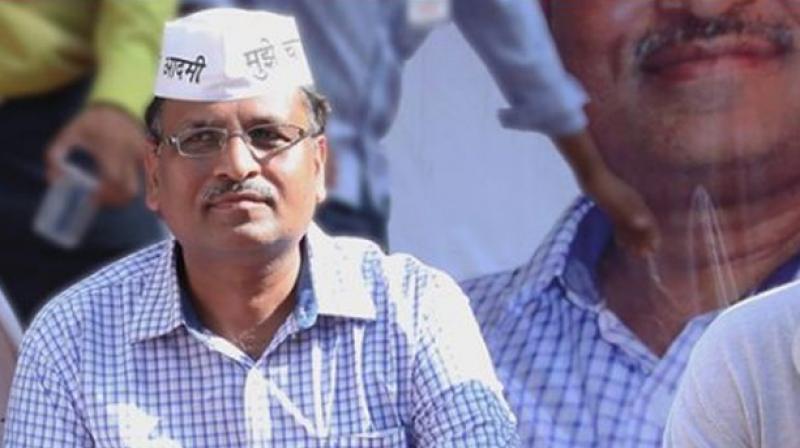 New Delhi: Ahead of the monsoon season, Delhi PWD minister Satyendar Jain, on Tuesday, said that all drains in the national capital will be desilted by June 7 to prevent waterlogging on the roads. Mr Jain, who conducted a surprise inspection of roads and drains in East Delhi’s Mandoli village, said the Public Works Department (PWD) will install around 1,000 pumps for pumping out water from the city’s roads in case of waterlogging.

“All drains will be desilted by June 7. To prevent waterlogging, the PWD will station around 1,000 pumps at different locations to pump out water from city’s roads,” he said.

Last week, the Delhi government had warned that if the residents suffered due to waterlogging during monsoon season, the officers concerned would face action.

In a recent note to chief secretary M.M. Kutty, chief minister Arvind Kejriwal cautioned against desilting of drains “only on papers”, saying such anomalies must stop.

The AAP government has also directed PWD secretary Ashwani Kumar and municipal corporations to identify vulnerable points for waterlogging across the city by June 7 and fix them so that people are not caught in a fix.

Earlier this month, lieutenant-governor Anil Baijal had also constituted a high-level committee, headed by the PWD secretary, to look after desilting of drains and open manholes. It was aimed at better coordination between multiple agencies to tackle the waterlogging problem.

The PWD is in charge of 1,260 km of roads in the national capital, while the rest fall under the jurisdiction of the three municipal bodies. Last year, the Delhi government had banned road-cutting activities during monsoon, but due to poor monitoring, the restriction could not be implemented.