At least 96 cases of chikungunya reported so far, with 10 of them this month. 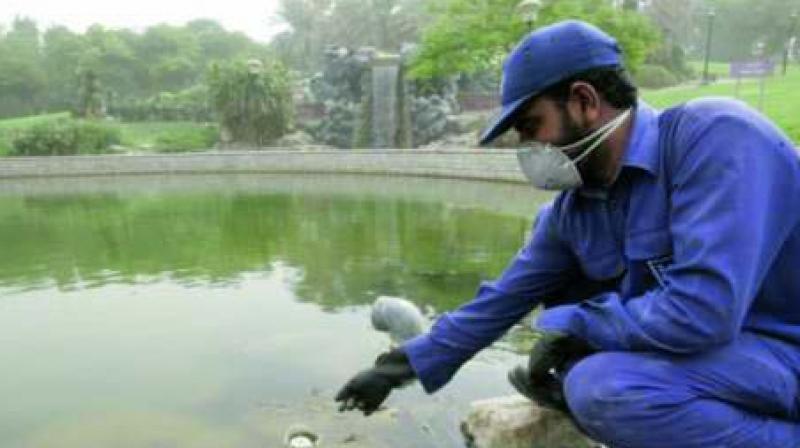 New Delhi: The Delhi government on Tuesday said it was prepared to deal with any possible outbreak of vector-borne diseases in the city and has asked hospitals to add extra beds. At least 96 cases of chikungunya have been reported in Delhi this year, with 10 of them this month, even before the onset of monsoon, according to a municipal report released on Monday.

“There have been meetings at L-G-level on steps to be taken to prevent breeding of mosquitoes. All civic bodies have been instructed as well. Besides, we have directed various hospitals to increase their bed strength by 10–20 per cent,” said health minister Satyendar Jain on Tuesday after a surprise visit at GTB. Hospital.

During his inspection at the Guru Teg Bahadur (GTB) Hospital at Dilshad Garden area in East Delhi, Mr Jain also interacted with patients and their family members. His visit comes days after chief minister Arvind Kejriwal’s surprise inspection at Sanjay Gandhi Memorial Hospital, during which he had expressed displeasure over the state of affairs there.

“There are about 10,000 beds in Delhi government hospitals. We had put extra beds last year as well and this time as well, we will add more beds if needed,” Mr Jain said, adding the focus would be more on preventive measures.

According to the municipal report, 40 cases of dengue have also been reported till May 27. Though the season of the vector-borne diseases had ended in December, the city continues to report such cases, which has prompted authorities to prepare a roadmap to combat them.

Mr Kejriwal had recently directed authorities to make a comprehensive plan to deal with dengue and chikunguniya, while civic bodies are keeping a tab on mosquito-breeding, inside and outside homes, through regular monitoring.

The municipal authorities had in early March called an all-hands workshop on the prevention and control of vector-borne diseases to finalise a comprehensive action plan for combating the menace in the coming season.