‘Traffic chaos in Noida’s Sector 50 due to schools’

Meanwhile the local residents have  filed a public interest litigation (PIL) to raise this issue. 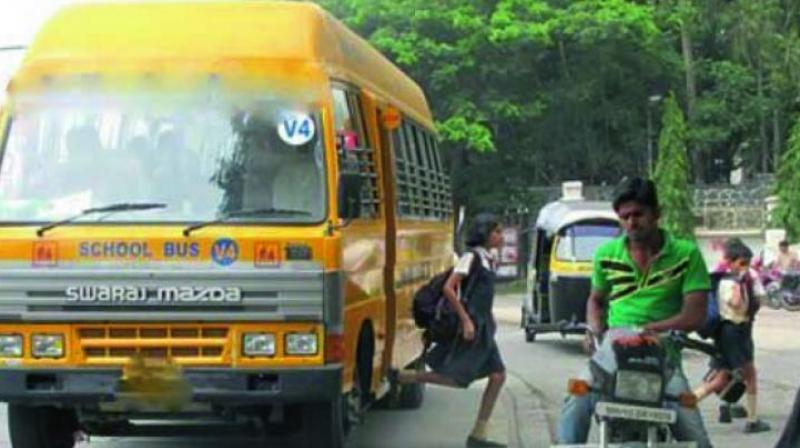 The buses and cars coming to drop students are parked outside the schools leaving little space for residents to move around.

Noida: Complaining against the schools, which opened recently in Sector 50, Noida, its residents have complained that opening them up near the residential locality has led to traffic chaos.

The buses and cars coming to drop students are parked outside the schools leaving little space for residents to move around. A few representatives from Sector 50 have already met SP, traffic, Noida in this regard. It is a nightmare for one to drive in this sector.

Noida Authority is recklessly allowing schools and societies in all sectors. “Commercial activities are being conducted in these schools, which adds to the chaos,” a resident said.

“It is so cluttered, as some of our homes are near the schools, which have a lot of flow of traffic,” said another. The school buses bypass this road during the morning and afternoon hours.

The locals claim that they have urged the schools authorities, traffic police and other agencies to solve the problem, but to no avail.

Meanwhile the local residents have  filed a public interest litigation (PIL) to raise this issue.

However, it has been rejected and they are going to take this matter up in the Supreme Court.