He added, “Students from all over the country take the CBSE exams and have been affected by the cancellation of this exam. 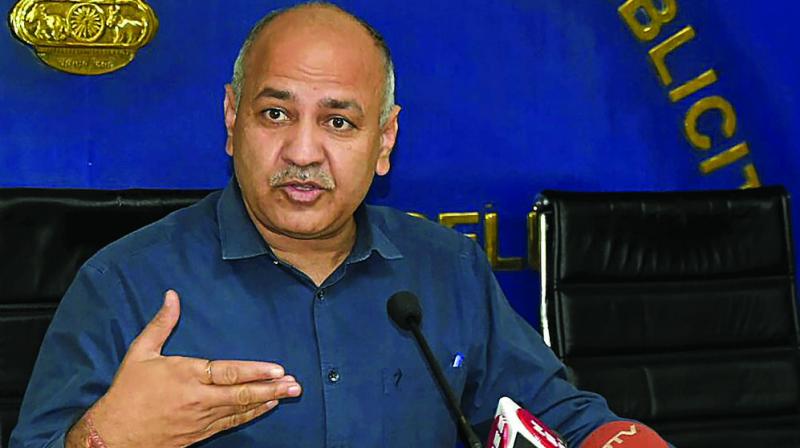 Mr Sisodia also said that all should ensure that such “serious” incidents do not recur. (Photo: PTI)

In a letter to the HRD minister, Mr Sisodia, who also holds the education portfolio, said, “While two examinations have been cancelled and re-tests ordered, there have been concerns regarding leaks of several other exam papers as well. Not only does it affect the future of 26 lakh students, but also puts a question mark on the sanctity of the CBSE assessment system; a system on which students, parents and schools from all over the country place their trust.”

He said if the examination papers are leaked, then undeserving students perform well and hard-working students are left behind, which means the country gets low quality officials, teachers, doctors and engineers.

Mr Sisodia also said that all should ensure that such “serious” incidents do not recur.

He said there was need to move beyond party politics on such issues. “Every time an examination paper is leaked — be it CBSE, SSB or DSSSB — the negative consequences are for the country and not just for any one government or one party,” the letter said.

The Central Board of Secondary Education (CBSE) has announced a retest of the Class 10 Mathematics and Class 12 Economics papers after reports that they were leaked. The police is also investigating the matter.