Metros   Delhi  31 Jan 2020  Decide whether I am your son or a terrorist: Kejriwal
Metros, Delhi

Decide whether I am your son or a terrorist: Kejriwal

The AAP leader’s remarks came in response to Verma allegedly calling him a “terrorist” at a recent election rally in Madhipur. 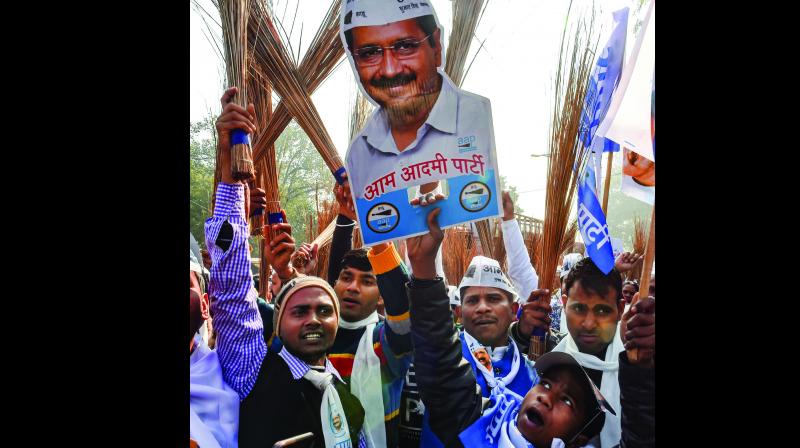 AAP workers during an election campaign at Model Town in New Delhi on Thursday. (Photo: PTI)

New Delhi: Hitting back at BJP after being labelled a “terrorist” in an outrageous verbal assault by Lok Sabha MP Parvesh Verma, chief minister Arvind Kejriwal on Thursday made an emotional appeal to the people of Delhi to decide whether they consider him their son, brother, or a terrorist.

“Today I’m leaving this decision to the people of Delhi whether they consider me as a son, their brother, or a terrorist,” Mr Kejriwal told reporters.

The AAP leader’s remarks came in response to Verma allegedly calling him a “terrorist” at a recent election rally in Madhipur.

The chief minister, who has been the prime target of the BJP campaign for the February 8 Assembly elections, said that he had put his life on the line for the country.

On Wednesday, Mr Kejriwal tweeted: “I have worked hard for five years, day and night, for Delhi. I gave up everything for the people of Delhi. After entering politics, I faced many challenges so that I could help people improve their lives and, in return, BJP is calling me a terrorist. I am very sad.”