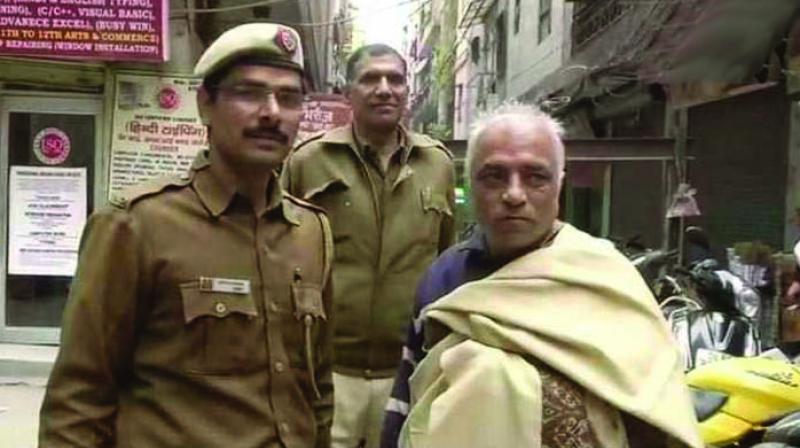 Sachdev was arrested Tuesday night after a woman approached the DCW and levelled allegations of extortion, confinement and intimidation against him.

New Delhi: The owner of the popular “Love Commandos” NGO, who gained popularity after appearing in actor Aamir Khan’s television show Satyamev Jayate, has been arrested for allegedly confining, intimidating and extorting money from couples, the police said on Wednesday.

The NGO helps in uniting couples whose parents are opposed to their relationship.

Sachdev was arrested Tuesday night after a woman approached the DCW and levelled allegations of extortion, confinement and intimidation against him.

The DCW subsequently approached the police, following which a case was registered. Sachdev has been sent to 14-day judicial custody, the police said.

The DCW said Sachdev often used to get drunk at night and misbehave with women staying at the NGO’s shelter home. He would also force men residing there to drink liquor with him.

“If anyone was suffering from any illness, the staff refused to take them to a doctor. A man, who contracted typhoid thrice in his stay at the home, informed that he was not given proper medication,” the DCW said.

“There was no female staff in the home and the male staff used to check the bags and even undergarments of the girls on their entry there,” it added. The DCW also said that the residents were made to do all the household chores and were even made to do personal jobs of the staff like pressing their feet.

The residents informed that the owner would threaten about leaking their whereabouts to their families — from who they had a threat of honour killing — if they ventured out of the shelter home. They were also forced to commit to stay in the home for at least six months, even if they were ready to go back home or elsewhere, the DCW said.

One of the couples mentioned that their family was repeatedly trying to get in touch with them and was ready to have them back home, but the owner would not let them leave. There were three dogs in the home, which were unleashed on the residents if they did not adhere to the instructions of the staff.

The women staying in the home complained that their room was interconnected to the room of the owner which used to make them “very uncomfortable” and they had to go through the room of Sachdev to access toilet or kitchen.

The police recorded the statement of the woman, her partner and three other couples living with the organisation.

The couples alleged their important documents we-re taken away and they were intimidated, harass-ed and abused by Sach-dev,” said a senior officer.

The officer said the accused would force the couples to work and demanded money ranging from `15,000 to `20,000 from them.

The woman, who had approached the DCW, had been staying with her partner at the NGO for close to a month, while the other complainants stayed there for a few days.

The police said whenever the DCW received cases of couples facing opposition from their families, the body used to send them to ‘Love Commandos’ NGO.

DCW chairperson Swati Maliwal said the matter came to light after a team from the women’s panel inspected a shelter home run by the NGO.

“DCW team inspected a shelter home run by NGO Love Commandos and rescued 4 couples from there yesterday  who were illegally confined in inhuman conditions & huge sum of money was extorted from them. We called police who have now filed an FIR in the matter and arrested the owner (sic),” she tweeted.