How chants for ‘azadi’ grew in JNU

The arrests were made following an FIR lodged by BJP MP Maheish Girri. 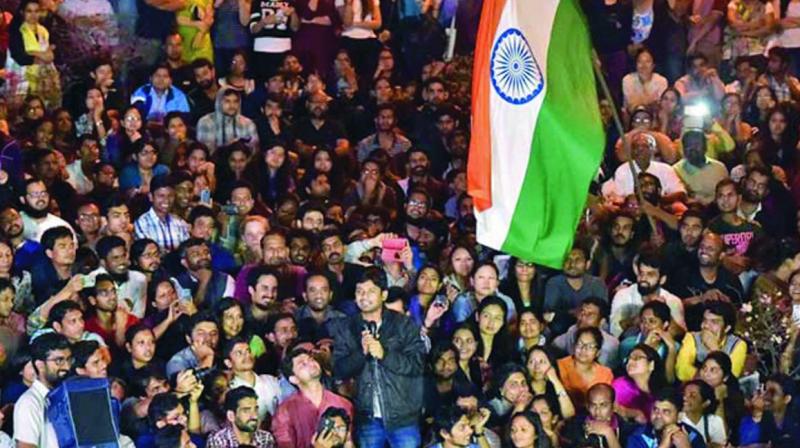 New Delhi: Jawaharlal Nehru University (JNU) has been on a boil in 2016. Three students belonging to Left organisations, including the JNU Students’ Union president Kanhaiya Kumar, were arrested in February on charges of sedition for allegedly leading the infamous on-campus rally to commemorate the hanging of 2001 Parliament attack convict Afzal Guru, were slogans calling for India’s “dismemberment” were allegedly raised.

Videos of the February 9 event circulating on TV and social media showed some of the participants of the event chanting slogans long popular among separatists of the Kashmir Valley.

The arrests were made following an FIR lodged by BJP MP Maheish Girri. Soon, the atmosphere in university became politically charged as the backlash grew over the government’s decision to use the colonial-era law against students. Congress vice-president Rahul Gandhi and CPI(M) general secretary Sitaram Yechury addressed a public meeting at the JNU administrative block against the arrest of Mr Kumar on February 12.

RSS’ student wing Akhil Bharatiya Vidyarthi Parishad (ABVP), then a minority in the Left-dominated JNU Students’ Union (JNUSU), launched a scathing campaign against the “anti-national” slogans raised during the February 9 event. But a more hostile response was seen in the Patiala House courts premises where a group of lawyers and BJP MLA O.P. Sharma were involved in a clash with JNU students. 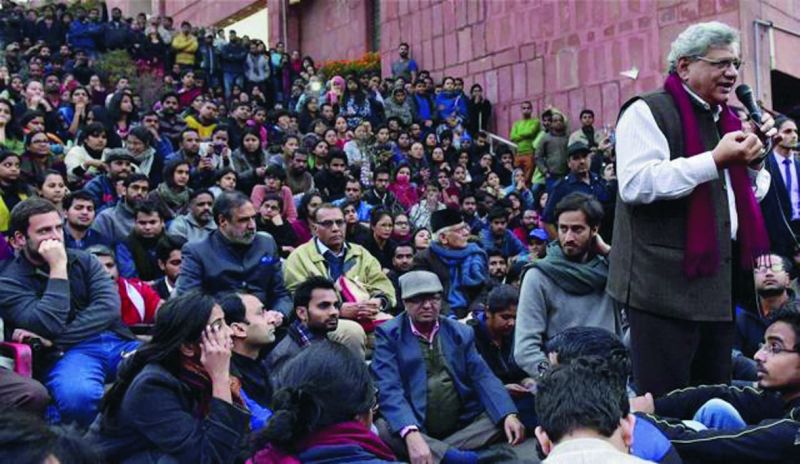 In response, the protests led by the left-wing organisations and rights activists grew more vehement and frequent. Besides sit-in protests, JNU protesters organised a lecture series on nationalism at the administrative block, which houses vice-chancellor’s office. The newly-appointed V-C M. Jagadesh Kumar has been the target of student union’s criticism for being an “RSS agent”.

Mr Kumar was granted 6 months interim bail on March 2 and after returning to the campus he launched a blitzkrieg against the BJP-led Union government and said he wants “azadi in India”. Despite a growing support for the JNUSU president, the JNU administration slapped varied punishment ranging from rustication and financial penalty on 21 students. Three students faced rustication, while a fine of Rs 10,000 was imposed on the former JNUSU president.

Before getting embroiled in the sedition row, the JNUSU led a campaign demanding “justice for Vemula”. A 26-year-old Dalit PhD scholar of Hyderabad Central University, Rohith Vemula, emerged as a symbol of pro-Kanhaiya Kumar protests and anti-government agitation. “Afzal Guru is not my not my icon, Rohith Vemula is,” Mr Kumar had said in his fiery speech after spending 23 days in jail. In a keenly- contested JNUSU polls in September, a Left alliance made a clean sweep, reducing the ABVP from one seat to zero in the four-member central panel. With the Left continuing its dominance, the confrontations between students’ union and the university administration has intensified. 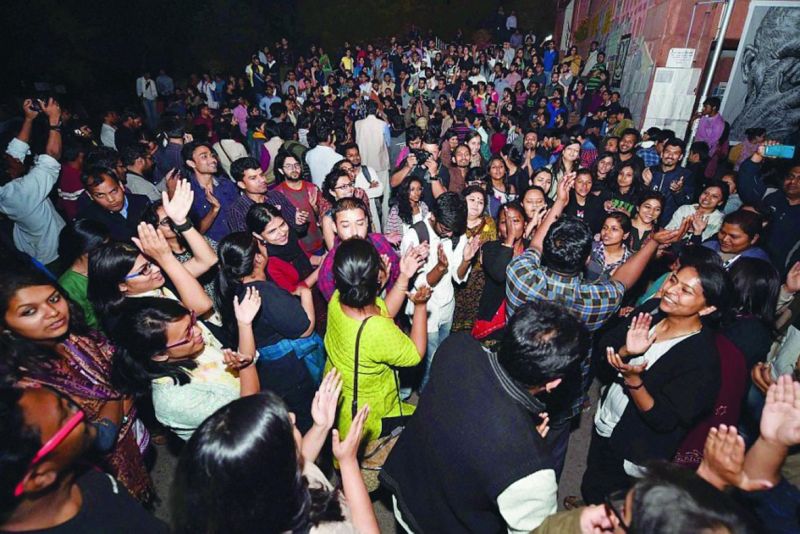 JNU has also hit the headlines over the disappearance of Najeeb Ahmad, arrest of Ph.D. student and All India Students’ Association activist Anmol Ratan on rape charges and effigy burning of PM Narendra Modi, BJP president Amit Shah on Dussehra.

In fact, the year is ending with JNU suspending eight students for disrupted an academic council meeting last week.