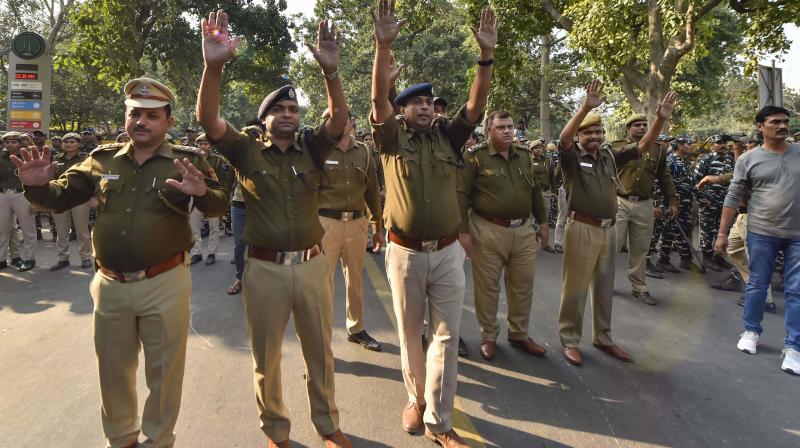 New Delhi: Jawaharlal Nehru University (JNU) students on Friday staged a protest near the human resource development (HRD) ministry premises here demanding that recommendations of the government-constituted panel, on restoring normal functioning of the university, be made public.

The students, who have been agitating for over four weeks against the hostel fee hike, said their strike will continue till a complete rollback is announced.

“We met the secretary and were told that the minister will meet us soon. The HRD officials told us that the report cannot be made public as of now. We informed them that the strike will continue,” JNUSU president Aishe Ghosh told the protesters.

The ministry had constituted a three-member high-powered committee to restore normalcy at the varsity. The panel had submitted its report to the ministry on Tuesday.

The protest is being held to demand that the report be made public and the draft hostel manual, which has provisions for hostel fee hike, be completely rolled back.

The agitation over the hike in hostel fee escalated on November 11 when thousands of students clashed with the police outside the AICTE premises, where JNU’s convocation was being held. HRD minister Ramesh Pokhriyal ‘Nishank’ was stranded for over six hours at the venue.

The JNU’s executive council had then announced a partial rollback of the hike for students belonging to the BPL category and not availing any scholarships. However, the protesters dubbed it as “eyewash.”

A week later, students undertook a march from the JNU campus to the Parliament but were stopped at multiple locations by the police.